Rob Jackson: Volunteering in 2015 - the times they are a-changing

Technology means that volunteers can now mobilise around issues that matter to them without the need for traditional organisations, writes Third Sector's blogger 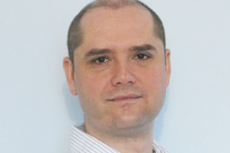 Key msg from today's event is 'traditional' voluntary sector being slow to change and adapt to the new, more dynamic world we live in.

Whilst parts of the sector sector wait for the return of good old days people are self organising as #Volunteers to make the future better.

These two tweets summarised my reflections at the Westminster Briefing event looking at Volunteering in 2015. It was an interesting day with a good mix of speakers (including yours truly) who challenged, encouraged and debated with attendees on topics including impact measurement, social enterprise, local and national government policy, social media and the role of infrastructure.

As my tweets suggest, the main theme of the day was that volunteering is changing; casting off its stereotypes and embracing more dynamic ways of addressing – and even daring to try and solve – some of the challenges our society faces. Yet the message came through again and again that this is mainly happening in spite of traditional volunteer-involving organisations, not because of them.

As technology has changed and social media has opened up more channels of communication, so the tools of production have been placed in the hands of the public. The means are there for people to organise and coordinate themselves to effect social change, leaving traditional organisations to play catch-up.

Of course, there will always be a need for the traditional organisations. We cannot leave the task of saving lives at sea to self-organised groups of people, which is why a body like the RNLI is so important. But even then, the way those organisations generate income for their activity can be strongly affected by these more social action-oriented approaches: just look at #nomakeupselfie and Cancer Research UK.

In December, the volunteering service Do-It is re-launching with a new site and a much more social action-oriented approach. Volunteers will be able to rate their experiences; something which should be causing some charities to tremble in their boots. Networks will be built between people let down by traditional volunteering so they can self-organise and do things their way.

I think the time is coming (if it isn’t here already) when we will we see those who have had a poor experience of traditional volunteering refusing to give their time ever again. Instead they will use Do-It, social media and mobile technology to address the causes that matter to them in their own way, out-manoeuvering traditional volunteer-involving organisations as they do it.

Justin Davis Smith, executive director of volunteering at the NCVO, addressed this year’s Association of Volunteer Managers conference under the title "Is formal volunteering finished?". His analysis of the limits of traditional volunteering and the lessons that these organisations can draw from social action are excellent. We would be wise to heed them as we embark on a new year which could see significant change for volunteering.

This article was originally published on the Third Sector blog