Plus: A wet and cold start to the new year in Dundee, and a 150-million-year-old Stegosaurus skeleton goes on display 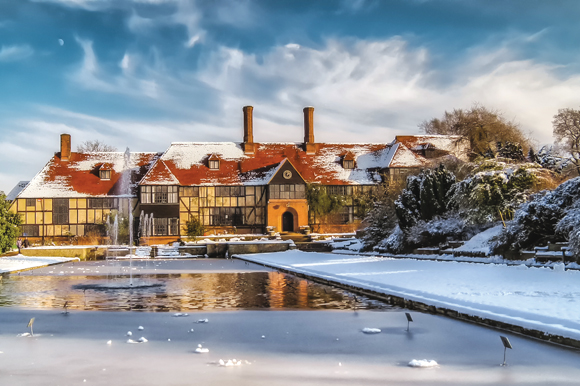 This image of the house at RHS Garden Wisley in Surrey was taken by Sarah Longes. She won the "seasons" category in the Royal Horticultural Society's search for the best garden photographers in its annual photographic competition. The beauty and diversity of the natural world was captured in the finalists' pictures, ranging from striking shots of garden landscapes to detailed close-ups. Alain Journo took the overall prize of RHS photographer of the year for his image of a foggy winter's evening in the Parc Botanique de Haute Bretagne in Brittany, western France. 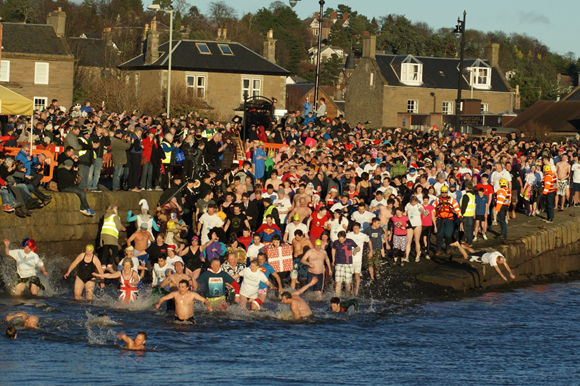 It's a wet and cold start to the new year for hundreds of people who take to the water for the New Year's Day Dook, organised by Ye Amphibious Ancients Bathing Association.

The annual charity event draws on a tradition handed down by the fisherfolk of Broughty Ferry in Dundee, Scotland, who bathed in the Tay every morning apart from on the sabbath. The event is held whatever the weather - and in 1989 the ice in the harbour had to be broken with pickaxes before the swim could take place. 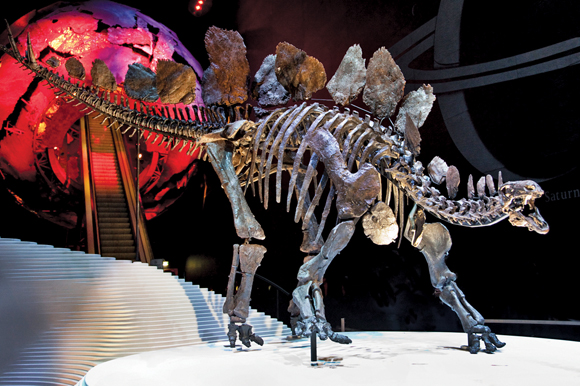 This 150-million-year-old Stegosaurus stenops skeleton, named Sophie after the benefactor's daughter, recently went on display at the Natural History Museum in London. It is the most significant dinosaur to be acquired by the institution in almost 100 years, according to a researcher at the museum. The skeleton is similar in size to a 4x4 vehicle - 560cm long and 290cm tall - and has more than 300 bones. It was found in the US 11 years ago and only the left arm and the base of its tail are missing, making it the world's most complete example.