A member of the RSPCA team took over the charity’s Twitter feed for 24 hours and tweeted details about animal emergencies the RSPCA had responded to during that time. The tweet-a-thon forms part of the charity’s wider 24/7 campaign appeal, which seeks to show how the charity is constantly helping animals.

How did it work? 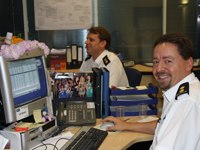 Inspector Tony Woodley, communications and liaison officer for the RSPCA inspectorate, set up the RSPCA_Frontline Twitter feed to publicise the work of its 292 inspectors, 80 animal welfare officers and 52 animal collection officers. Between 10am on 3 August and 10am on 4 August, Woodley sat in the national control centre in South Yorkshire, tweeting incidents as they happened, alongside Richard Harding, chief superintendent, and James Self, digital project manager, both also of the RSPCA.

How many incidents does the charity usually receive information about?

Some of the many incidents tweeted during the event included someone who found a snake hiding behind their microwave, a pigeon found trapped in a barrel of cooking oil, scores of calls about dogs in hot cars and an early hours rescue of a horse stuck in a muddy pond.

Why did the charity do it?

"Feedback on Twitter has been excellent and people are interested to know about the RSPCA’s front-line work, although they are understandably shocked by the extent of the cruelty and neglect we deal with," said Woodley. "I just think it’s so important to let people know what we do and how hard our front-line officers work. Hopefully the tweet-a-thon has given people an idea of how busy we are and how much we rely on the generosity of the public now as much as ever."

The tweet-a-thon idea is a good way of demonstrating to followers exactly what the charity does every day and shows supporters what their money is paying for. By doing it over a short period of time, it helps to keep interest sustained in the campaign.