Plus: Children at a York primary school go conkers for charity and historic London lion does its bit for Guide Dogs week 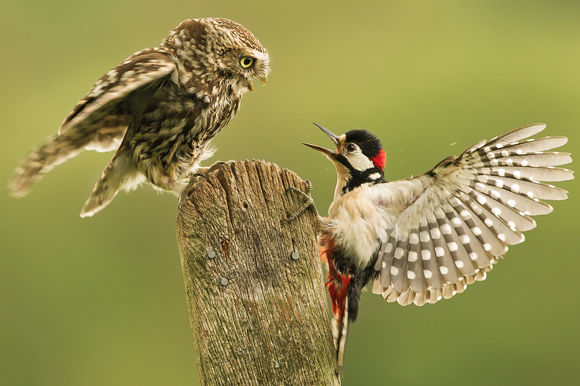 A little owl and a great spotted woodpecker clash in a winning image for the BBC Countryfile Calendar, which is being sold to raise money for BBC Children in Need. The theme for the 2015 calendar is "Animal Magic": David Naylor's captivating image – called Ruffled Feathers – joins other birds, beasts and bugs from the British countryside, including a line-up of pigs and two affectionate foxes. Last year's calendar sold 300,000 copies and raised more than £1.4m for the charity. 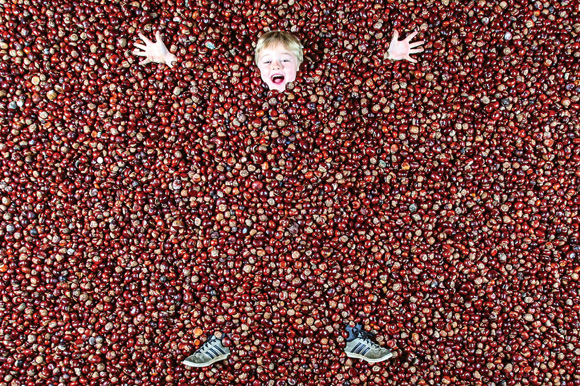 Children at a York primary school went conkers for charity recently. Pupils from Clifton Green Primary School, including seven-year-old Charlie Staples, raised £1,300 by collecting about 50,000 horse chestnuts in 10 days as part of a sponsorship challenge in partnership with local businesses to raise money for Martin House Children's Hospice in Boston Spa, West Yorkshire. The school is now left with the dilemma of what to do with 10 conker-filled 80-litre boxes. Any takers? 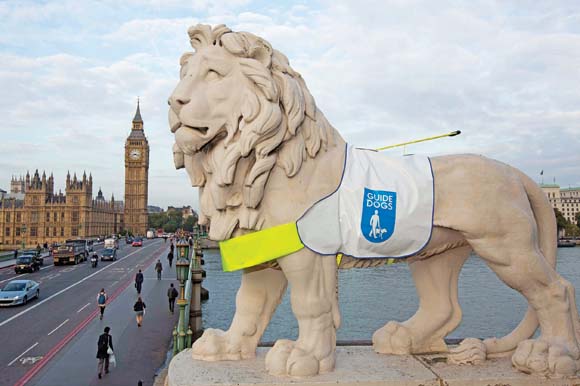 The historic stone lion on London's South Bank did its bit for Guide Dogs week in October by wearing one of the charity's high-visibility dog harnesses. The statue, which looks out across the Thames and Westminster, was promoting the charity's Let's Glow fundraising initiative. Activities included dressing in neon and holding coffee mornings to help to fund services and develop new ways to bring mobility and independence to blind and partially sighted people.