Scope to sell all its care homes to private provider

About 2,000 staff will transfer to the new organisation as part of plans by the charity to focus on advocacy, information and support for disabled people

About 2,000 Scope staff are set to transfer to a private care company as part of the disability charity's plans to sell off all its care homes.

Scope staff were informed last week that trustees had reached a deal with the Windsor-based Salutem as part of the charity's five-year strategy, announced earlier this year, to transfer regulated and day services to another provider.

Scope will be left with about 1,000 staff focusing on advocacy, information and support.

Mark Atkinson, chief executive of Scope (below), told Third Sector a fee had not yet been disclosed because although contracts had been exchanged, completion was not due until the end of February. 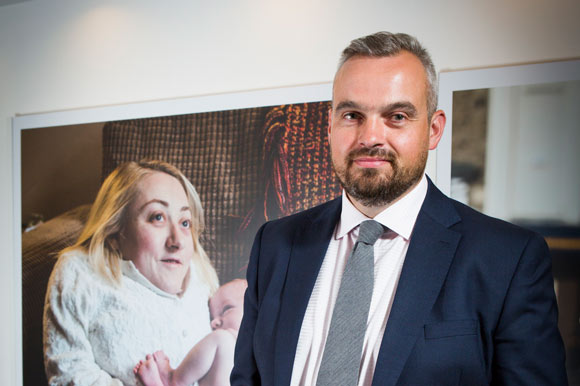 Atkinson said the board had been "agnostic" about whether a private or voluntary sector provider bought its services, which are based in 51 locations and include 21 residential care homes plus a range of other supported-living services, a children's centre and specialist further education services.

He said voluntary organisations, including two or three large, well-known national charities, had expressed interest,but they either struggled to raise the finance or did not want to buy all the services, which was Scope's preference.

Salutem representatives will meet Scope staff in January. Employees will be offered the opportunity to join the company under the Transfer of Undertakings (Protection of Employment) regulations, known as Tupe.

The vast majority of employees who are affected provide direct service provision at Scope's sites in England and Wales, but some 20 or 30 support staff working in finance, property and human resources at the charity's London headquarters might have to move to Windsor or work from home.

Atkinson said there had been no increase in staff turnover since Scope announced in April its plans to sell off services, and most staff were "relieved, excited and pleased" a provider had been found. The charity does not recognise any trade unions.

He said Scope was liquifying assets that had been on its balance sheet for 70 years and the "significant capital receipt" would be invested in long-term income generation, technology and people.

Scope will lose two-thirds of its staff, with about 600 of the remaining 1,000 working in shops and 400 in a new head office.

"We will become a significantly smaller organisation initially," said Atkinson. "But we think we will quickly become much bigger in terms of reach and impact.

"We have taken a bold and dynamic choice. We are doing what a lot of organisations are struggling to do: make choices about what to stop doing."

Scope approached about 50 organisations before drawing up a shortlist of a dozen or so.

He said trustees were pleased they had managed to find a provider that met the tests and could take on everything, which would prevent operations being broken up and sold piecemeal.

John Godden, chief executive of Salutem, said in a statement that Scope staff "will become part of an excellent care organisation that will continue to strive to provide and benefit from the best in care provision".

He added: "We pride ourselves on our performance and quality of care, performing well above the sector average in regards to the regulatory ratings of our services.

"By acquiring the Scope services we are enhancing our care pathways, which will promote independence and choice for our customers, their families and our commissioners".