What can the sector expect in 2015? The views of eight experts

Specialists in different fields identify the opportunities, trends and risks that charities should look out for over the next 12 months 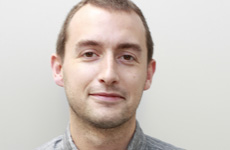 The voluntary sector continues to live under clouds of uncertainty and negativity, and faces a number of challenges this year. It still holds a privileged position in the public’s affections, but its reputation has come under attack in recent times from various quarters.

Criticisms of large pay packets for chief executives, revelations about several high-profile charities’ investment portfolios and accusations of governance failures at a small but significant number of charities have steadily chipped away at the sector’s standing.

Against that backdrop, defending, protecting and enhancing reputation should be at the top of charities’ to-do lists for 2015. As the general election looms large, there is an onus on the sector to stay relevant – not only to protect itself, but also to shift from defensive mode to telling a more coherent story about the vital work charities do to support and represent the most vulnerable and disadvantaged in society.

The lack of clarity on the implications of the lobbying act continues to cause uncertainty for a number of charities, which in turn means that the attempt to restrict the campaigning activities of civil society organisations is already having some effect. Navigating this tricky piece of legislation is undoubtedly causing concern and unease, but it shouldn’t stop charities from staying true to their missions and communicating their vital role in a fair and healthy society. 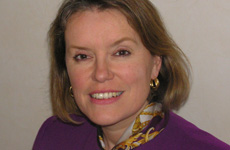 We had hoped that the year ahead would prove to be an easier one for the sector, but sadly it looks set to be as tough as ever because of further cuts to the welfare sector as the deficit is restructured.
The US investor Warren Buffett famously said "you only find out who is swimming naked when the tide goes out" – and the tide will continue to recede for many charities. Those without strong leadership, clarity of purpose, good management and sustainable funding models will be exposed, and we might see further major failures. Investors and philanthropists will be asking more detailed questions to ensure that they are funding charities that are governed well and have the capacity to survive.

One potential solution, perhaps, is social impact investing, which is needed to bring new money into the sector. Unfortunately, there continues to be confusion about its benefits, and only a few have the capacity or courage to be early adopters. Senior leaders and trustees need more independent advice to build confidence in how they address and explore the possible opportunities.

The result of the general election is likely to be very close and we might see a second election, as happened in 1974. This in turn could cause funding problems for charities that rely on government support. We will undoubtedly see charities getting involved in the political mix before the election, and they must take into account the Charity Commission’s CC9 guidance, which says that charities can campaign for their missions, but this must not be done on party political lines. It will be a very delicate balancing act, which will require charities to exert strong leadership and exercise discretion. 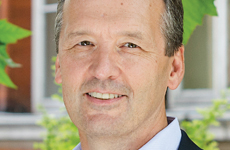 The excitement of being part of the social investment market is that things don’t always develop as you would expect. Nevertheless, I will still stick my neck out and make these three predictions for 2015.

First, technology will come into its own as a tool for social change. The brightest social entrepreneurs are harnessing technology to improve the lives of the most vulnerable. Some organisations already provide grant and incubator support, but in the coming year I expect to see more targeted social investment directed at helping these social entrepreneurs to grow.

Second, small charities and enterprises will find it easier to access repayable finance. To support the early-stage development of great projects, a blend of grants and investment is needed that doesn’t distort the market. We’ve been working with the Cabinet Office and the Big Lottery Fund to address this challenge, so expect an announcement shortly. We have also just seen FareShare in Bristol using the social investment tax relief for the first time, and the Chancellor, George Osborne, has announced that the level will be raised: 2015 will be the year we start to see this becoming mainstream.

Third, more medium-sized and large charities will raise finance through bonds. In 2014, Golden Lane Housing became the first charity to list a bond on the London Stock Exchange. With the extra confidence provided by the Rathbones Charity Bond Support Fund, I expect more charities to issue bonds in 2014. 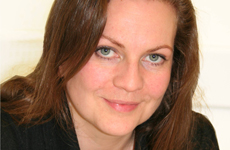 The start of a new year is always a good time to reflect on what you have achieved in the previous 12 months, reconnect with personal aspirations and resolve to make important career decisions. So what will 2015 offer those who are looking for a change?
The drive to strengthen financial management at senior levels is unlikely to diminish, so senior finance professionals who are also big-picture thinkers could have a very good year. Experienced and creative fundraisers who can see opportunities to build fresh support and grow vital relationships are also likely to remain highly sought-after.

With strategic partnerships and alliances growing all the time, and no clear front-runner in the forthcoming general election, engagement, communications and corporate affairs experts could be in huge demand as charities seek to hold on to and build up their influence.

Changes in commissioning practices have led to new business development roles being created, so expect to see more jobs that are all about a more commercial approach to services.

As ever, outstanding leadership will also be in demand. Today’s charity chief executive needs vision, resilience and outstanding team-building skills, along with the ability to engage meaningfully with those people for whom their charities exist. Forward-thinkers and excellent strategists, these leaders are totally committed to their work and can really tell a story.

And if an executive role isn’t for you, there will still be massive opportunity in 2015 to contribute as a trustee. Trustee boards will need to recruit for a broader skills mix, and to make sure their charities can seize the moment. 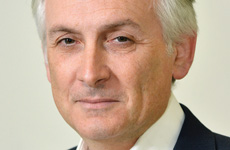 Charity investments continue to be affected by the uncertain economic outlook, and in 2015 the road may well be bumpy and less profitable than in recent years.

The key surprises in 2014 were the strength of the US and UK economies and the weakness of those in Europe and Japan. Many thought interest rates would rise in 2014, but lower oil prices and weakness in the eurozone meant that rates have stayed low for another year. There is a good chance that US and UK rates will start to rise gradually in the second half of 2015. This in turn should continue to support the dollar and result in weakness in the euro.

As far as the UK economy is concerned, the key uncertainty is the forthcoming election – with no clear result looking likely. Instead of seeing a two-party race, we might be entering a period of multi-party politics, with small parties and small interest groups – including charities – able to leverage their power to help larger parties stay in government.

This means the outlook could look nastier as the year progresses, with the possibility of a further election if one party is elected but has only a small majority. Were this to happen, the safe-haven status of the pound could be at risk.

So although the UK economy is currently performing well and the reduced oil price is finally boosting the disposable income of the UK public, it seems as if 2015 might well turn out like 2014, with hope being postponed for a further year. 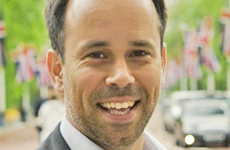 The cloud is obviously not a new trend, but it’s one that I’m convinced will really take off in the not-for-profit sector in 2015. Cloud-based services could almost have been designed with charities in mind – they provide a secure, managed, cheaper and more effective option for online fundraising software or other areas of charity IT. Not-for-profits are not in the IT infrastructure business, so it makes sense for them to let others handle that and concentrate instead on engaging with donors and supporters. As that happens, I think we will see charities moving to the cloud in greater numbers than ever in 2015.

There will also be growth in the use of technology to promote charities’ fundraising efforts. The rise of social media and the viral nature of fundraising have allowed not-for-profits to make enormous strides. Younger supporters are using Twitter, Facebook and other social networks to engage friends and followers to raise money and volunteer. Charities must empower their supporters to maximise peer-to-peer fundraising and be ready to scale up their infrastructure as campaigns go viral. How many charities could cope with a surge in traffic like the ice bucket challenge?

This fits perfectly with cloud-based technology because it is ideally suited for hosting and scaling-up at short notice. 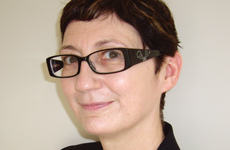 The insurance market remains competitive for the majority of charities. Most have seen the amount they paid for their insurance either reduced or frozen in 2014, and this trend looks set to continue in 2015.
But on the horizon are some significant costs to insurance companies, including the implementation of the European Union’s Solvency II directive in 2016. This will introduce rules about the amount of money insurance companies must hold to reduce the risk of insolvency.

So charities need to be ready for any change and take advantage of the current competitive market by paying attention to areas such as information, health and safety, security and financial risk management. Charities that can demonstrate they are managing these risks properly and have policies and procedures embedded across the organisation will fare better than those that cannot.

In the past few years, the insurance industry has tried to identify and tackle fraudulent and exaggerated claims. This is an ongoing challenge, but could benefit charities because there will be fewer claims paid and at lower amounts, which might ultimately reduce premiums.

More charities took out cyber insurance cover last year and I expect this trend will continue in 2015. Data privacy breaches, hack attacks and spoof websites can harm a charity’s reputation, and it costs money to put this right. Trustee indemnity insurance started off slowly, but is now a common purchase. I anticipate that cyber insurance will follow a similar pattern as charities decide to insure against cyber-risks. 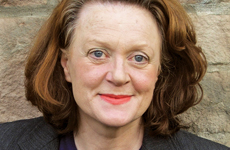 Property trends for 2015 look set to follow a similar pattern to 2014 – economically challenging times for charities amid a booming land and property bubble.

Our Charity Property Matters Survey 2014, published in November, shows that more than 20 per cent of charities surveyed had difficulty renting at affordable prices; more than 45 per cent said they found public sector landlords less sympathetic than before about offering below-market rents. And if you are based in London, hold on to your hats in 2015. Rents have more than doubled in some parts of the capital in the past 18 months.

In 2015, charities will also continue to have difficulties securing suitable leases with long-term tenure because they are perceived as a risk by landlords. Often they will have to take short-term leases, which are excluded from the protection of the Landlord and Tenant Act.

More than 40 per cent of charities in our survey said they were having difficulty obtaining finance to manage their property, and a quarter were struggling to obtain the money to buy. It is hardly surprising, therefore, that more than 55 per cent of charities surveyed planned to stay put – with their fingers crossed.

So how can we face 2015 with a smile? It’s worth charities asking their funders to consider offering professional property training to build their knowledge. Trustees also need to understand that property management is vital for good business planning. The bottom line is that you can’t change the world with a leaky roof.