Sector History: How the sixties compare with today

Charity veteran Ian Bruce of Cass Business School recently looked back at his early days in the idealistic world of charity - and how much things have changed. Stephen Cook listened in

1981: Controller of secretariat, then assistant chief executive, London Borough of Hammersmith and Fulham

What was the voluntary sector like 50 years ago? In some ways it was much the same as it is now – financially insecure and frustrated in its desire for social change. But in other ways it was utterly different – in the pre-internet age, for instance, communications relied on telephone boxes, landlines and typed documents distributed by post.

A flavour of the difference between the two eras was conveyed in a recent talk to the Voluntary Action History Society by Professor Ian Bruce, who joined the sector in 1971 at the charity that became Age Concern, held a variety of senior jobs and is now president of Cass Business School's Centre for Charity Effectiveness, which he founded.

In his talk he contrasted the decade of 1965 to 1975, when youth was in the ascendancy and a more upper-crust establishment was often on the back foot, with that of 2005 to 2015 - a time when both charities and the establishment were becoming much sharper and more professional, especially in terms of public relations. 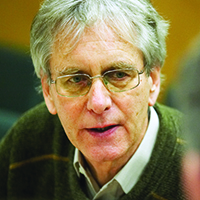 One of the main contrasts between the two decades, according to Bruce (pictured recently, left), was the attitude towards the welfare state. In the first period, the power of the trade unions helped to drive its expansion, which enjoyed broad political support. Social and community work was on the rise, universities were expanding and public housing was being built. Charities were popular and some had strong income, Bruce said, but Whitehall often saw them as out of date and unreliable, and considered their modern role to be pioneering services and handing them over to the state if they proved effective.

In the past 10 years, however, the welfare state has come under pressure, partly as a result of the financial crisis and partly because there is less political consensus. "Outsourcing policy has re-established the service delivery role of charities – in principle – compared with 1965 to 75," said Bruce. "We now need either to persuade the megalithic outsourcers, such as Serco, to give charities a better deal, or to encourage their smaller competitors."

In the earlier decade, the sector workforce was mainly female, although more men entered as charities adopted business approaches over time. "I think charities initially took their model from government rather than business, which provided fewer transferees to the sector than now," he said. "People were more likely to come from local government and the armed forces, who could accept the lower salaries because they often had pensions."

Influencing everything in 1965 to 1975 was the spirit of the times, said Bruce: "There was immense energy. Student politics shifted left and there was a rapid rise of direct action – sit-ins at universities, marches and the events of 1968 in other countries. There was a strong feeling of optimism, that we could change the world.

"There was also a strong liberalising trend. Increased availability of the pill brought greater sexual freedom, homosexuality was legalised and popular music moved away from sickly ballads towards a counter-culture – as at the 1970 Isle of Wight festival, at which Joan Baez, Jimi Hendrix and The Who performed."

Bruce's path towards the sector was set in student days. Between 1965 and 1968 he was chair of the fine arts society at Birmingham University, was active in student politics and visited Nigeria to study west African art, meeting Prince Taiwo Olaniyi Oyewale-Toyeje Oyelale Osuntoki, who became a famous artist using the name Twins Seven Seven.

After university, Bruce was a member of the arts panel of the Arts Council (see "Bruce on campaigning, 60s-style", below) while employed by Unilever on brands such as Comfort and Knight's Castile. But in 1971, aged 26, he became head of appeals and public relations at the National Old People's Welfare Council, which had recently become independent of its founder, the National Council of Social Services (now the National Council for Voluntary Organisations).

"The existing name was hardly a winner," said Bruce. "We went to various advertising agencies, came up with 100 names, tested them on staff members and reduced them to five. They included Age Link and Age Action – I favoured the latter, but 75 per cent of 1,000 people in an NOP poll preferred Age Concern, and the board accepted that. At the time this was the only charity name I was aware of that was chosen by using marketing methods."

Fundraising included a BBC TV appeal involving the actor Jack Warner, star of the police series Dixon of Dock Green, and "appeal letters" to donors whose details were kept on a card index and written to only once a year. A key fundraising event was carol singing at Euston station. "It was unbelievably amateur," said Bruce.

The charity handed over meals on wheels services to local authorities, he said, and was generally nervous about providing services unless the welfare state declined to take them over. Instead, it argued for improvement and coordination of services and was told by Keith Joseph, a minister in the Conservative government of Edward Heath, that it was acceptable for charities to campaign providing they were not shrill. "Charities were allowed to do things, but only up to a point," said Bruce. "The first shoots of direct action were showing, but overt campaigning rather than quiet lobbying was seen as ultra vires - going too far.

"There was a proposal for a body called the Centre of Social Action Broadcasting to become a charity, but the Charity Commission wouldn't entertain it on the grounds that it didn't fall under the four main heads of charity. The commission was conservative with a small 'c' in the 1970s – we have seen indications of a return to a more conservative trend in regulation recently, and I suspect that some people would like to see a return to the attitude of the seventies."

As a final example of how campaigning techniques developed in the seventies, Bruce talked about a group he was part of called Artists Now, which was led by the playwright David Castillejo. This group wanted more of the Arts Council budget to go to living artists and less to theatres, orchestras and publishers, but its arguments were dismissed by the council.

"So it carried out some research into how little of the budget supported living artists and decided to give the report to the media before providing it to the Arts Council. The coverage was phenomenal, including 48 column inches in The Guardian. It even got into Country Life. It took two weeks for the Arts Council to get its answer out, and I was told that the minister for the arts was delighted, because he was looking for reasons to shake the council up."

Campaigning in the sixties felt different from today, with more and weirder direct-action components – sit-ins, Grosvenor Square demos, et cetera. But is this my illusion? I was involved in one case while still at university.

I was coopted to several committees of the Arts Council of Great Britain, where I took up the cause of multimedia artists, who were angry because the council refused to engage with them.

I helped to arrange a walk-in by six artists who forced their presentation onto the new activities committee of the great and the good. I was able to document the event with my tiny Minox spy camera, concealed in my palm but which made a loud click (no smartphones). I had to cough each time I took a picture.

Then there was an occupation of a later committee meeting, in which artists wore dunces' hats and stood in the corners of the room. One of them was the art critic of The Times. Subsequently, five artists were coopted onto the committee.

We subverted a grant distribution exercise by forming an artists council that gave grants democratically, including one to pay the fine of an artist who shot the US embassy's eagle sculpture with a cap gun. 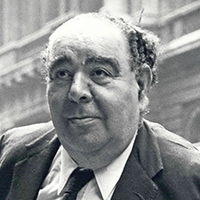 One of the complaints in those days was that the Royal Opera House in Covent Garden, London, had the biggest share of the Arts Council budget – about 35 per cent. So a demonstration was held outside the opera house. It featured a representation of Lord Goodman (left), chair of the Arts Council, as Lord Goodkok, with a large, erectile phallus. I don't know – was it youth, was it the 1960s or was it just stupid?

All this seems rather puerile now but it stirred things up, reaching the heart of the establishment, Private Eye and parliament, where the Secretary of State, Jennie Lee, faced fierce criticism for these antics in the venerable Arts Council. The actions also prompted threats and treats to the perpetrators, such as asking truculent members to "consider their positions", and breakfast with Lord Goodman, served by his manservant – kedgeree, if I remember correctly.

Did this kind of direct action work? Not on its own, but it created a context where the establishment had to make concessions. The people in the middle on the committee were critical – they risked alienating both camps by writing a minority report that displaced the chair's report but eventually gained the support of the grumpy radicals – and a lot more money.

What are today's comparable direct actions? Are the methodologies still to embarrass, shame, publicise and shift goalposts? Or is there a new establishment, requiring the adoption of new tactics?