The campaigner Alexia Pepper de Caires, joint founder of the NGO Safe Space, tells Third Sector's Fundraising Conference these men are often 'failed upwards' to get them out of the way

Some men in top positions in the international aid sector have been accused of rape by colleagues but are "too well-connected" to have been held to account, the anti-sexual harassment campaigner Alexia Pepper de Caires has said.

These men have also been involved in work to solve the problem of sexual harassment and exploitation in the development sector, she said.

Pepper de Caires made the comments at Third Sector’s Fundraising Conference in central London yesterday, during a session explaining the work of the NGO Safe Space, a group she co-founded with Shaista Aziz (below) in response to the safeguarding scandal. 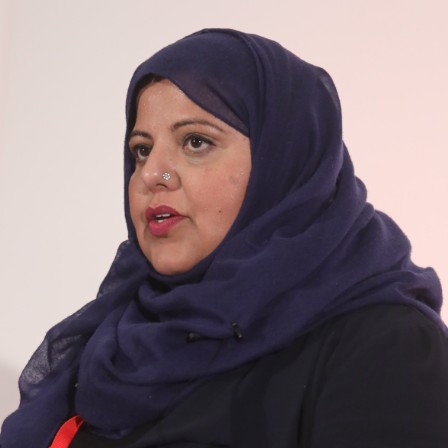 Since the organisation was founded last year, she said, thousands of women in the aid sector had come forward with stories of sexual harassment, assault and rape.

"We’ve actively witnessed men who have been disclosed as having raped women be part of the solution, because funnily enough they have worked their way up to the very top of the power corridor in the development and international aid sector," she said.

"And they’re too well connected, they are deemed infallible or the people who are giving information must be wrong."

These men were often allowed to "fail upwards" she said, because senior managers chose not to deal with men who presented a problem and let them go on to better jobs.

"What do you do with a problem?" said Pepper de Caires. "You give him a good reference and you don’t mention the fact that several women have come forward with testimonies of sexual harassment.

"Passing the buck does nothing to tackle the endemic, systemic problem. And it makes the problem worse because once you’ve cleared those hurdles you feel pretty infallible, the behaviour gets worse and the number of people who are willing to overlook things increases."

And failing to listen to those who come forward with stories would only prolong the problem, she said.

"If we are going to take issue with people relaying information about people we don’t think could possibly do that, we’re never going to solve the problem. That’s the reason we’re still having this conversation in 2019.

"If you’re doing this work, it’s going to mean an awful lot of discomfort and you’re going to hear some shaky stories about some people you thought were the good guys."

However, she said, although a survivor of sexual assault or harassment had the right to name and shame the perpetrator if they wanted to, she believed they should not be pressured to name the person.

"It comes with such a risk that we would never advocate it without an absolute plan for how the person making the disclosure should be supported," she said.

"And I think what it does is take away from the idea that it’s a systemic issue, because then everyone feels a bit relieved and it doesn’t necessarily have the traction people thing it might."

Aziz, who also spoke at the event, said many fundraisers who had made allegations to their managers had been blamed for negatively affecting the charity’s fundraising or painting it in a bad light.

Much of the sector-wide response had been to focus on safeguarding, she said, rather than accountability for those responsible.

And she said that problems with sexual harassment and subsequent mental health implications were "just the tip of iceberg".

"Without a doubt homophobia, racism, ablism and bullying are definitely a part of this sector," she said.