To most he's been a source of stability for the sector. For some he's been too much of an establishment insider and has stayed too long. As he prepares to stand down as chief executive of the National Council for Voluntary Organisations, Sir Stuart Etherington speaks to Stephen Cook about his 25 years in the hot seat

When Sir Stuart Etherington was appointed chief executive of the National Council for Voluntary Organisations in 1994, the Conservatives had been in power for 15 years and relations between the government and the voluntary sector were at a low ebb. The main bone of contention was the right of charities to campaign and advocate, even if they were delivering public services.

Since then, things have gone full circle. Labour’s election in 1997 led to unprecedented alignment with government, often referred to as a "golden age". This was followed after 2010 by austerity and disengagement under coalition and Conservative administrations: the big society misfired, charitable campaigning became an issue again, the sector was hit by scandals and the relationship with government is once again problematic.

Throughout this roller-coaster of a quarter century, Etherington has been a point of stability and a safe pair of hands, keeping the NCVO itself on an even keel, playing a key part in promoting the fortunes of the sector, managing awkward issues with other sector bodies and maintaining dialogue with a multiplicity of ministers from both main parties.

As he prepares to depart in September, a century after the NCVO was first formed as the National Council for Social Service, he is seen as a reliable elder statesman, knighted in 2010, who uses the Reform Club as a base for a notable networking and lobbying operation. This is some distance from his working-class background, failure to pass the 11-plus exam and a first job as a dustman before going to university and training as a social worker.

As well as praise, he has also attracted some criticism for preferring to work on the inside track rather than shouting from the rooftops. Some also think he has stayed too long, and that the NCVO has lost some of its creativity and feel for community action. The academic Justin Davis Smith says in his recent history of the NCVO that it is now in need of "a radical rethink of mission and structure". 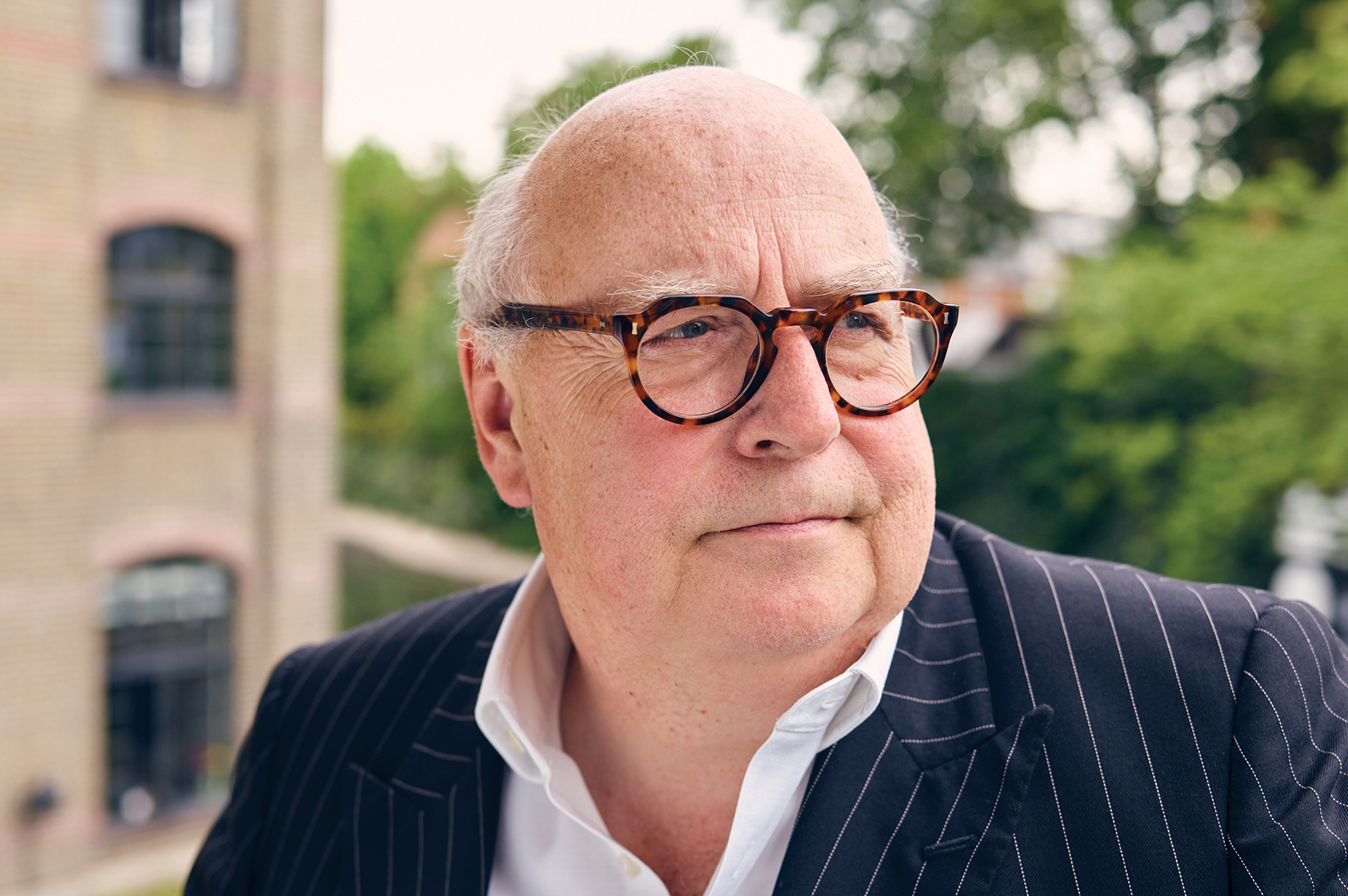 So how does Etherington look back on it all? When he arrived, he says, the NCVO was "very fragmented". He tackled this by restructuring it and opening membership up to local voluntary organisations, compensating for the previous floating out of its two most important networks: rural services and local umbrella bodies. This led to the creation of Action with Communities in Rural England and the National Association of Councils of Voluntary Service (now Navca).

The sector was also in need of a new policy agenda, he says. This was addressed in 1996 by the publication of Meeting the Challenge of Change, a review financed by the NCVO and chaired by Nicholas Deakin, professor of social policy at Birmingham University. The John Major government responded with a document called Turning Up the Voltage, described by one member of the Deakin team as more like "turning the lights out".

But the review chimed with the thinking of the incoming Labour government in 1997 and led, by way of NCVO-sponsored working groups, to an expansion of Gift Aid, the establishment of the Compact to regulate government-sector relations and, eventually, to the passing of the Charities Act 2006, which redefined charitable purposes and required all charities to demonstrate their public benefit.

"So that was the golden age," says Etherington. "The Gift Aid change was worth a lot of money and the Compact had its moments, such as legitimising campaigning, whatever your funding relationship. These were heady days, and we were very influential, not only with the new Office of the Third Sector, but also with the Treasury, which was key."

The high point was a government report in 2007 that pledged £500m to support the sector over the next three years. But the tap was turned off when the coalition came to power and austerity began to bite.

Among the cuts were Labour’s capacity-building initiatives for the sector, which had caused squabbles about who should run them, and the strategic partners programme, which subsidised umbrella bodies in return for information and advice. At the same time, David Cameron as Prime Minister was promoting the "big society".

"One of the things I regret was that we never seized the potential opportunity of the big society," says Etherington. "It was the beginning of a narrative but, because it was cast against austerity, people were deeply suspicious. I wonder if we shouldn’t have been slightly more clever and said, yes, the cuts are very bad and we will campaign, but actually we want to develop that narrative. 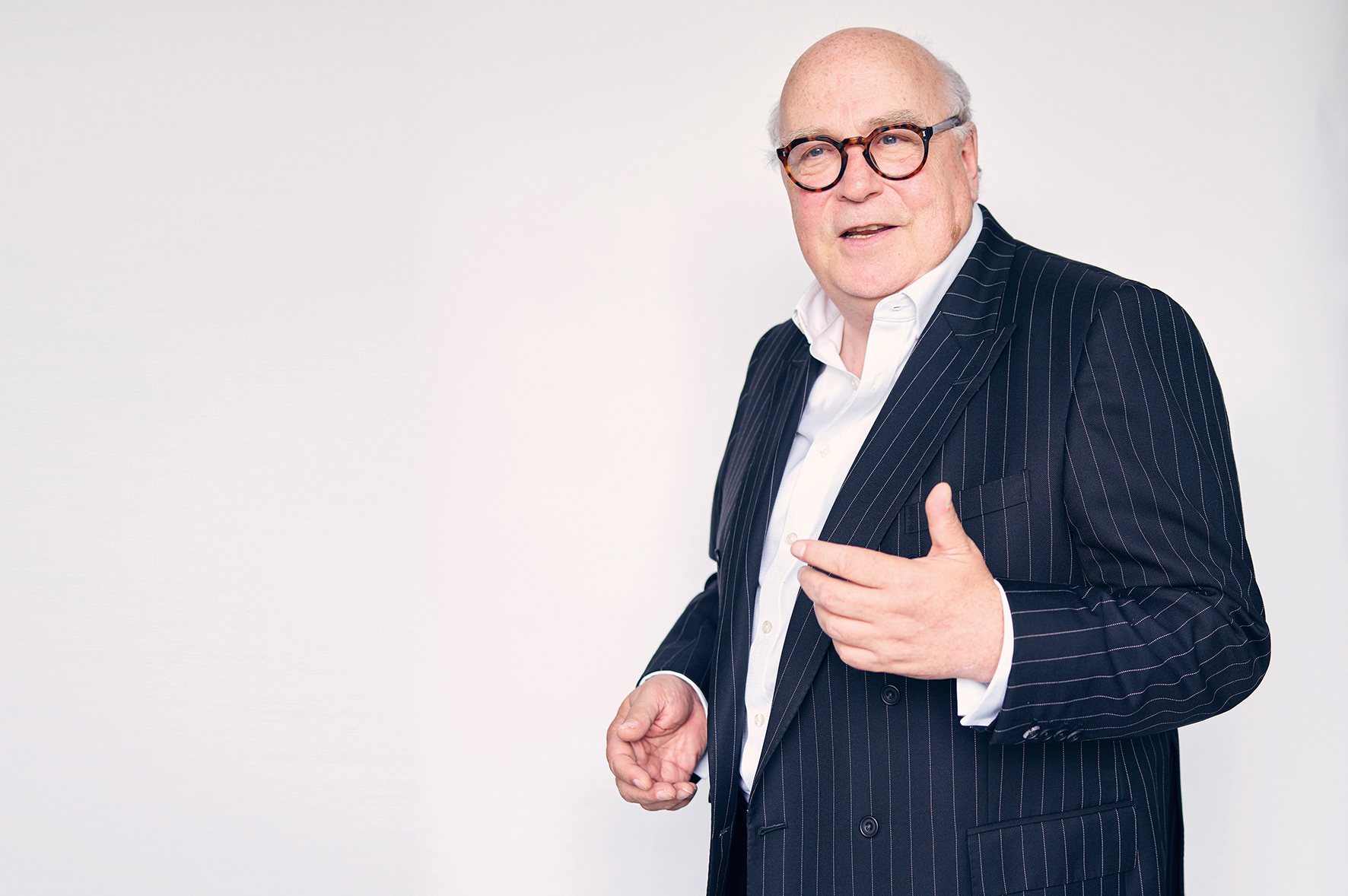 "It could have involved fiscal initiatives, asset transfer, stimulating volunteering. We could have said to the government that if it wanted the big society this is what it looked like and what it had to do to get there. We never really had that conversation, and I think that was an error."

Then the reputational issues landed: media criticism of large senior salaries, high-pressure, data-led fundraising exposed after the death of Olive Cooke, and poor safeguarding, epitomised by the recent scandal about Oxfam staff employing prostitutes during the 2010 Haiti earthquake relief operation.

The NCVO responded to all three. But the trickiest one for Etherington was fundraising, because he agreed to lead the inquiry in 2015 that led to the replacement of the Fundraising Standards Board by the Fundraising Regulator, which took control of the Code of Fundraising Practice away from the professional body, the Institute of Fundraising.

"Some people think the role of the NCVO and its chief executive is just to act as a cheerleader for the voluntary sector," he says. "This was me saying that the role is more than that, and when we see bad practice we have to intervene and do something about it.

"That didn’t accord with everyone’s view about my job. I don’t think they actually used the word traitor – well, they might have done, but I didn’t hear them."

He says the choice was between a revised form of self-regulation and statutory regulation, "which nobody wanted apart from No 10, as far as I can see". The price of self-regulation was the creation of the Fundraising Preference Service, which allows people to switch off communications from named charities. The Fundraising Regulator is about to review the FPS, criticised as under-used and expensive, but it was first seen as a symbol of the sector’s willingness to change.

Etherington says working with government on the inside like this has been the NCVO’s usual method since its foundation and has sometimes attracted criticism. A different example came in 2016 when it did not publicise the fact that its threat to seek a judicial review had prompted the government to reconsider its plans to put stringent anti-lobbying clauses into contracts with charities.

"Governments don’t like to be publicly humiliated, and if you do that you’re throwing away the next campaign and the one after that," he says. "I think you have to choose your battles and the tactics you are going to deploy."

More recently, however, he did publicly call on the Charity Commission chair,
Baroness Stowell, to stop dwelling on the negative and present a more balanced picture of the work of charities.

What about other criticisms? Etherington doesn’t think he stayed too long and says the job has always refreshed itself and kept him interested. "There’s an advantage to being somewhere a long time because you have far more knowledge than others about what has happened before," he says. "You trade youthful enthusiasm for elder experience, but that’s not necessarily a bad thing, provided you continue to recruit enthusiastic people around you."

He accepts there is a need to reinvigorate the NCVO’s relationship with local bodies and says his successor – Karl Wilding, the current director of public policy and volunteering – is well equipped to tackle this: "How do you engage systematically with them, not just to tell them what we’re doing, but also to listen to their concerns? Even more difficult is how you create connectivity between members and get the sense of this being a movement, not just a transactional trade association."

But he rejects as "romantic nonsense" the proposal in Davis Smith’s book to consider a federal model, saying this failed in the past because of in-built tensions. He also challenges Davis Smith’s recent remark that the NCVO’s influence with government is at its lowest point ever: he cites a recent letter to him from the Prime Minister giving fresh assurances that government contracts do not stop campaigning by charities.

"Very few organisations would say they have a particularly effective relationship with government right now," he says.

"The politics of the moment simply preclude any form of constructive engagement. I think we’re actually doing very well under the circumstances."

Looking back, Etherington counts the high points as expanding the NCVO’s membership, now more than 14,000, to give it legitimacy and independent income, and the Deakin reforms. The lowest point was cutting a third of the staff, currently about 100, when the government withdrew funding: "Depriving people of their jobs is not very pleasant."

He plans to spend more time at his house in Italy, do more volunteering on charity boards and try his hand at radio plays. He says he will most miss visiting member organisations: "Despite all the stuff we’ve seen in the past few years, it’s astonishing what this sector does: small organisations, large ones, all there for the public benefit. That’s what keeps you enthusiastic."

Etherington: the quotes and the quips 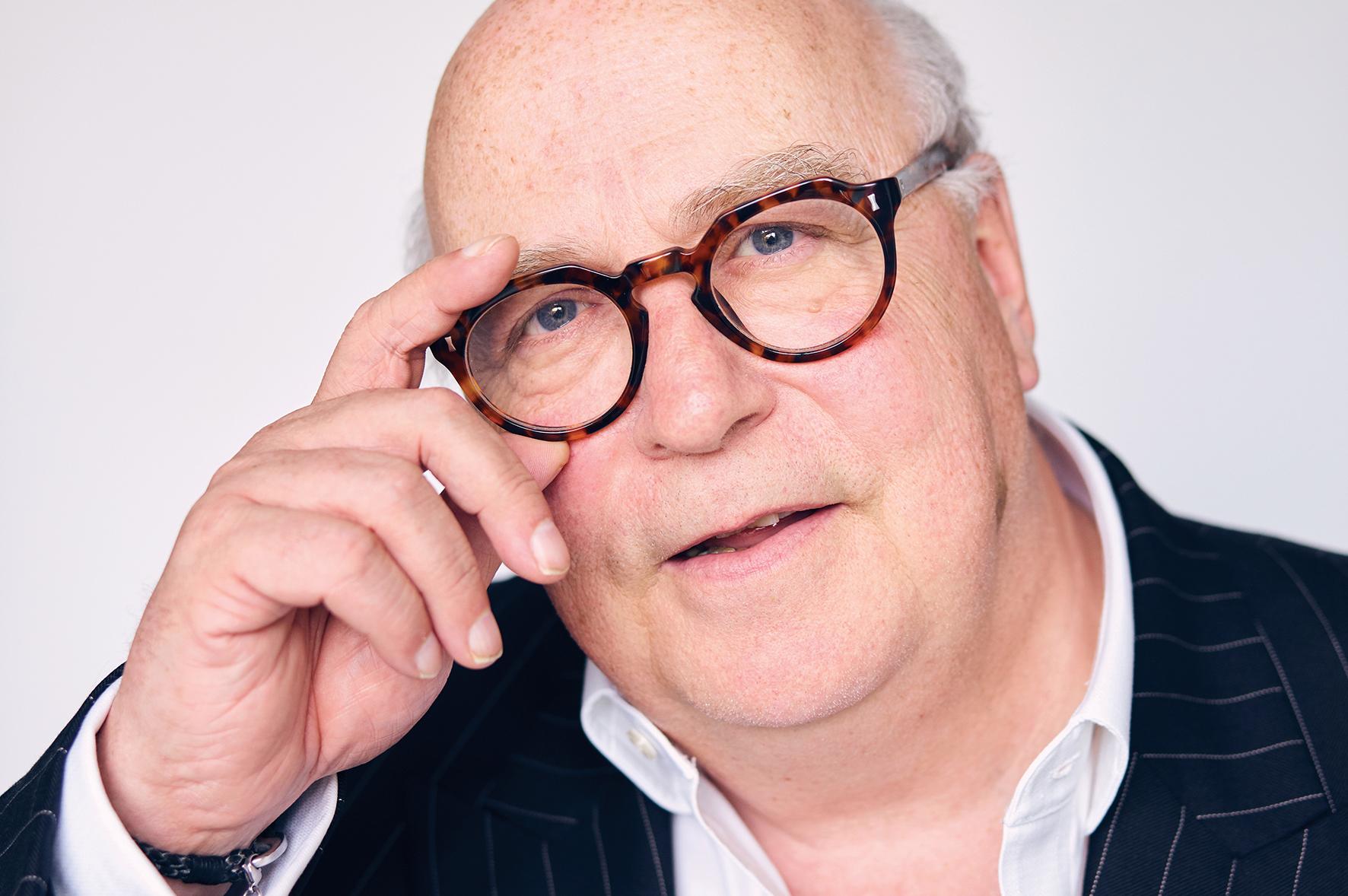 "Regulation by red top simply does not work. I would like to see some recognition that responding primarily based on the 24-hour news agenda or the obsessions of a few social media provocateurs is not the same as plotting a strategic course and sticking to it"
Speech in March 2018 welcoming Baroness Stowell as chair of the Charity Commission

"Sir George Haynes, son of a railway porter, did more years at the NCVO than me. I was very disappointed when I read that. I nearly withdrew my resignation to do another three years"
Interview, June 2019

"I am especially concerned by the government’s approach to consultation: either rushing things through without engaging those that know the most, or the blatant indifference of some ministers to the very reasonable concerns of the sector"
Speech at the NCVO annual conference, June 2013

"It should be obvious by now that refusing to answer questions, declining to engage and trying to fudge answers aren’t going to make questions or scepticism go away"
NCVO conference speech on the fundraising crisis, 2016

"Youthful enthusiasm, myself? Well, I got married very late, if that counts"
Interview, June 2019

"Any attempt to protect the code is pointless. These people must think they’re on Planet Zog. This isn’t grown-up behaviour"
Interview on the Institute of Fundraising’s resistance to ceding the Code of Fundraising Practice to the new Fundraising Regulator, February 2016

"The answers are never black and white. I would urge you to avoid ideological approaches in whatever challenges lie ahead, to treat critics with good faith and always to come up with the solutions yourselves"
Address to the NCVO conference, April 2019

'Dazzling footwork and a sunny disposition': Read what others make of the Etherington years