Times are tough for small charities, with the double whammy of diminished resources and increased demand for their services. Rebecca Cooney reports on the state of play

If the £72bn total annual income of the charity sector in England and Wales was divided equally among the 166,000 organisations on the charity register, each would bring in £433,735 a year.

But the combined income of the top 100 fundraising charities alone reached £9.5bn in 2015, according to the Centre for Charitable Giving and Philanthropy at Cass Business School. So although many charities are generating far more than the mean average, the vast majority are surviving on much less. About 97 per cent of charities operate on less than a £1m a year, according to the Small Charities Coalition, but much of the attention of the public, the media and even the sector itself is focused on the 3 per cent that have bigger incomes.

Rebecca Bunce, policy and engagement manager at the Small Charities Coalition, says this often results in small charities being an afterthought in policy design in a sector where income size is confused with success.

"We need to see small charities as fully-fledged charities operating in the way that best meets the needs of their beneficiaries," she says. 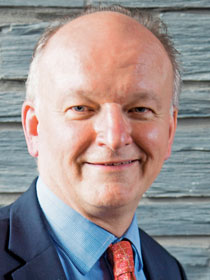 Even within the small charities space there is a lot of variation. Running a £1m charity is very different from operating a £10,000 one, says Paul Streets (right), chief executive of the Lloyds Bank Foundation, which offers grants to charities with incomes of between £250,000 and £1m. "One thing that is true for all of them is that they are dealing with a double whammy of higher and more complex demand, but at a time when their funding is being reduced," he says.

The report Navigating Change, published by the National Council for Voluntary Organisations and the Lloyds Bank Foundation in February 2016, found that after the 2008 financial crash small and medium-sized charities lost more income proportionally than their larger brethren, mainly as a result of grant funding drying up.

Vivienne Wiggins, chief executive of the charity, says: "There are times when our future can look fairly precarious, because the contracts that might have been there for three or five years are now very few and far between, and mostly they are commissioned at such a high level that they are looking for a county-wide response - something that most small charities aren't geared up to cope with."

In response, she says, the charity has had to get more inventive, drawing its £268,000 annual income from a range of small contracts, as well as donations and grants, instead of relying on one large contract.

And that does have some upsides, Wiggins says. "The different income streams mean we have become a lot more flexible in terms of what we can provide," she says.

In a sector such as this, where the landscape shifts pretty frequently, an organisation that holds a larger contract it considers its main source of funding might suddenly find it's unable to meet need. By contrast, a smaller organisation can dramatically change its services in a short period of time, Wiggins says.

"The recent challenges faced by small charities have forced them to ask 'Are we fit for purpose? Are we strong? Are we making a difference?'" Wiggins says. "In some ways, the austerity we are facing is making us leaner and fitter."

But she says that both local and national government have it in their power to make things easier for small charities.

"Public sector organisations could probably consider whether lumping all of their services into one contract is the best way of getting it delivered, especially if it's so big that only large, London-based organisations can apply and end up providing a very long-distance service," she says.

"And central government could set targets to work with smaller grass-roots charities."

As government and local authorities move from grants to contracts as a way of funding services, small charities are increasingly at the mercy of commissioning processes, which some argue deliberately or inadvertently shut them out.

The report Commissioning in Crisis, published by the Lloyds Bank Foundation at the end of last year, concluded that bad practice "far outweighed the good", with charities being excluded from bids through unnecessarily high requirements concerning previous experience or the size of provider.

Cash-strapped councils are also increasingly opting for larger contracts, for which many small charities are unable to compete.

This can be effective for services that can be delivered on a large, standardised scale, says Streets, such as domiciliary care. But for many other forms of support, such as assisting people who have survived domestic violence, small charities are better equipped to offer a personalised, holistic service, he maintains.

Contracts are also less likely to cover core costs, leaving small charities to deal with "the tyranny of payment by results", as Streets calls it.

In the past, many struggling charities would turn to local infrastructure bodies such as councils for voluntary service for support, but they too are feeling the pinch.

"Infrastructure bodies were the first thing to be cut, so it has become really hard to build capacity if you're a local organisation," Streets says.

Neil Cleeveley, chief executive of the local infrastructure umbrella body Navca, says the places where infrastructure groups are struggling also tend to be areas of high deprivation and most in need of support.

The instability is making it very difficult for small charities to look to the future, says Sally Young (below), chief executive of Newcastle Council for Voluntary Service.

"Never mind five-year plans, a lot of charities are now starting the year with gaps in their budgets because they're not sure what they're going to be doing," she says. 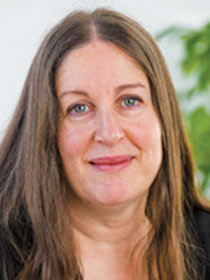 Small charities have always faced constraints, but Bunce says charities have had to work with less and less over the past five years. "You can absorb that for a little bit, but after a while it becomes too much," she says.

There are no reliable figures on how many small organisations have closed in recent years, but Streets says he hears the same story in grant applications about organisations struggling to cope with cuts in local authority funding.

Young points out that closure alone might not paint the whole picture because some charities remain open but reduce their hours or services to survive.

One oft-touted solution to the funding problems of the sector is social investment, but this is something that small charities struggle to exploit, says Locality's Armstrong. "The government's guilty of seeing social investment as the answer to a lot of things, but many services are very difficult to make profitable, and the products are just not cheap enough or at the right scale for smaller charities."

The Manchester-based charity 4CT took over from local authority control the Grange Community Resource Centre in 2005 and the Sporting Edge sports centre in 2008.

The charity's chief executive, Claire Evans, says its finances are relatively healthy, but established organisations such as 4CT face particular challenges when it comes to securing funding. She says: "There seems to be a principle among some funders of always supporting something new and innovative, rather than investing in what's working well and is established in the community."

And although the charity's future is not in danger, she says, it doesn't have the money to invest in new things.

The charity also offers support services to smaller community groups. Evans says many of these groups are struggling to develop partnerships with larger bodies in order to join contract bids or work with the local authority.

"If you've got a turnover of £150,000, you're not going to have that spare member of staff who can go off and do, say, partnership development meetings and put in that time and effort to participate effectively," she says. "You can't deliver services while you're in a meeting.

"Speaking for ourselves, we've been relatively entrepreneurial and have been able to manage around some of these things, but they are issues that exist."

The government is similarly excited about the opportunities offered by devolution. But Streets warns this could be "an abdication of responsibility", forcing councils to make unpopular cuts. And it could lead to even bigger contracts if local authorities in neighbouring geographical areas team up to commission services, he says.

Armstrong also has concerns: "The general view is that devolution has huge potential and could genuinely release a new wave of power flowing directly to communities. The opportunities come with risks, but community groups need to be part of the discussion."

For Streets, funders have a crucial role to play in supporting small charities, particularly helping to fund their core costs and "not just sexy pilot projects".

There are signs that change is starting to happen. In December, the government organised a Local Charities Day to help raise the profile of community organisations. Rob Wilson, the Minister for Civil Society, also announced a number of measures to help small charities bid for public service delivery contracts.

Armstrong says there are pockets of good practice where some councils have stopped contracts when they realise the larger provider is not delivering the service that was hoped for.

But Young believes the solution is obvious: bring back grant funding. "There seems to be a rhetoric that grants are a waste of money," she says. "But they're actually quick and easy, and there is no evidence that grants aren't spent in proper ways."

Ultimately, she says, small charities need to be making the argument for grants by pointing to the value of the services they provide.

Cleeveley says that small charities, and the infrastructure bodies that serve them, need to work on changing how they are perceived by the public, by the sector and by commissioners.

"I think we need to be careful about pretending that small charities can solve all of society's problems, but I think they can ease them," he says. "I think part of it is we need to get better at demonstrating the impact of what we do." 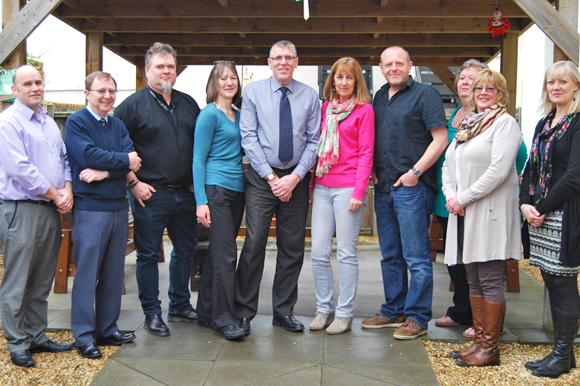 In 2011, Iceni Ipswich, a charity that deals with families affected by addiction and mental health issues, was coasting along on a local authority contract it had held for the previous eight years.

The charity had exceeded every target, says Brian Tobin, the charity's chief executive, and the contract brought in just enough to keep the service running.

So Tobin had a nasty shock when the council announced it was putting the contract out to tender as part of a £5m contract. "Our turnover was £300,000, so it was pointless - we couldn't even participate in the process," Tobin says. "We were very close to winding up the organisation."

The charity stayed afloat partly because of a transitional grant, which covered half of the shortfall, but also because of the support of the local community: donations from churches, football clubs and individuals made up the rest.

Now a third of its funding comes from statutory sources, another third from donations and grants and the final third from earned income.

"We had all our eggs in one basket, which I think is how many charities have been caught out," Tobin says.

In a twist of fate, when the same contract was retendered last year, Iceni was part of the winning consortium.

Tobin says this particular deal gives Iceni a lot of freedom to run the services, but points out that such arrangements often end up as "shotgun marriages" in which the large provider pays lip service to local partners but then excludes them from decision-making.

"We need to get local authorities to look at commissioning systems," he says. "I want some evidence that these large-scale tenders achieve better outcomes and are more cost-effective."