Could social investment be the answer to your funding crisis?

Only 4,000 or so charities and social enterprises have accessed social investment, but the experts claim there is much more money to be had. Andy Ricketts reports

A common mantra around social investment in recent years is that it has been underused and has failed to deliver major change for the charity sector.

Although it has been championed by a succession of charity ministers, some organisations have warily maintained the view that a funding approach that requires taking on finance and paying the money back is complex, risky and not suitable for your average charity.

But the amount of money invested in UK charities and social enterprises has grown to be worth more than £2bn today, so in an era where traditional revenue streams for many charities have dried up it has the potential to provide a much-needed alternative sources of funding.

The term social investment is generally defined as repayable finance for social good. If this sounds like a broad remit, you’re not wrong: funds have been used in recent years for wildly varying purposes, including buying homes for people with learning disabilities, helping charities solve cash-flow issues in fulfilling payment-by-results contracts and even acquiring a woodworking lathe. The funding itself consists of products ranging from various kinds of loans to equity or quasi-equity investment, social impact bonds and community shares. And investments vary in size from just a few thousand pounds, as in the case of the lathe, to tens of millions at the top end. The key point for charities is that any venture essentially needs to generate a cash return in order to pay off the loan, whether that is income from, say, a contract, renting out building space or selling a beautifully whittled wooden product that the finance might have helped to buy.

There are 200,000 registered charities in England and Wales and 100,000 social enterprises.

Only about 4,000 charities and social enterprises have accessed some form of social investment since 2013.

Charities that have used social investment in recent years include Doncaster Refurnish, which collects, restores and sells furniture to low-income families and offers employment and training to marginalised people. The charity took a loan of £10,000 over two years to help it grow, enabling it to diversify volunteering opportunities and repay the loan through the sale of furniture and income generated from contracts to train local people.

Towards the other end of the scale, the housing charity Commonweal Housing took a £1.4m loan over seven years for its Peer Landlord project, set up to provide a stable housing environment for homeless people, which gives the responsibility for basic management of the shared household to one tenant. The charity was able to buy six properties for the scheme using the loan, which will be repaid from rental income.

But the overall proportion of charities using social investment is tiny. Figures from Big Society Capital, which provides social finance to bodies that support front-line organisations, show that only 4,000 charities and social enterprises have accessed some form of social investment since 2013. When you consider there are approaching 200,000 registered charities in England, Scotland and Wales, plus some 100,000 social enterprises, the slow uptake is thrown into sharp relief.

Some commentators, including Richard Litchfield, chief executive of the consultancy Eastside Primetimers, which offers advice on social investment, argue that the cost of social finance is too high and have called on social investors to lower the interest rates they charge, which typically average out at between 8 and 10 per cent a year.

The chief executive would do a lot of work and take it to the trustee board, which would say 'no, it's too risky; we're not comfortable with it'

A common complaint from the investor side is that charity trustees are too cautious and nervous about taking on loans. "That’s certainly something we hear from managers we work with," says Seb Elsworth, chief executive of Access, the Foundation for Social Investment. "You hear of chief executives you’ve worked with before who develop a proposition, but it doesn’t get through the board."

Melanie Mills, a senior director of Good Finance, which provides information for charities and social enterprises that are considering social investment, agrees it is "definitely" the case that trustees are too nervous of social investment.

"Just over two years ago we asked a lot of charities, social enterprises and social investors what the common barriers were and that was one of the things that we were told," she says. "The chief executive and the executive would do a lot of work, take it to the trustee board and the trustees would say ‘no, it’s too risky; we’re not comfortable with it’."

Elsworth also warns that charities should not treat social investment as something that will "come to the rescue" after grant money is lost.

"That is a real misunderstanding of its role," he says. "It’s not making up for lost income: it allows you to invest in things that might generate income for you in the long term.

"There has to be some kind of revenue stream, which has to more than repay the loan over time and develop an income stream that can be sustainable in the long term.

"Social investment has been touted as this great expectation for the sector, but in some ways that’s been unhelpful because it is only useful as a tool you might need."

It's helpful to get some idea how other organisations have approached social investment. Development grants are also available

"It’s helpful to get some idea how other organisations have approached social investment," he says, adding that development grants are also available to help charities explore social investment with intermediaries and support providers such as Eastside Primetimers and the Social Investment Consultancy.

"We run the Stepping Stones programme, which has distributed more than £3m since 2014 to charities across Greater London to investigate whether social investment could be right for them," says Wilson.

Despite sound ideas and best intentions, social investments do not always work out, and the consequences for insufficient planning can be severe. The migrant support charity Praxis Community Projects took loans from social investors totalling £240,000 in 2014 to set up a trading subsidiary, the Praxis Enterprise Community Interest Company, which would sell an online programme the charity had developed to help people learn English.

But the project floundered from the start, due in part to the length of time it took to get the product to the market and lower than expected sales. Within 18 months of its launch the scheme was abandoned and Praxis Enterprise CIC was put into liquidation.

Mills believes that the charity did not fully appreciate the mindset shift that was required to run the new venture. "What it needed was to sell stuff," she says. "It wasn’t the social investment that was the problem, but not having the right people on board with the right skills."

If things start to go wrong, she says, it’s vital that charities don’t stick their heads in the sand, but instead talk to their investors. "I have known plenty of examples of investors who have increased the loan term, given a capital and interest repayment holiday, or helped to find somebody new for the board if there’s a skills shortage," she says.

And always remember that social investors do not want their investments to go south, partly because they want the money back so they can invest it elsewhere. "Their position of last resort will be to call the loan in if they think there’s a way they can help and support you," says Mills.

Danyal Sattar, chief executive of Big Issue Invest, which was set up in 2005, advises that if a charity has used social investment to set up a trading operation it’s crucial to think about your staff’s existing skillsets.

"If you’re running something that is essentially a commercial or trading operation, you need to hire people who have experience in running those commercial operations," he says, citing the Newcastle-based charity Live Theatre, which used social investment to extend its café and bar network.

"It had people who knew how to run cafés and bars, so it was a natural thing for the charity to extend that to generate more unrestricted income for the charity," he says.

"Getting people who understand the market you are trading in is a real help."

Although caution around social investment is understandable, charities must ultimately understand that finance is available. "At the moment, there is quite a lot of money looking for a home," says Elsworth.

"It’s not like grant-making, which is a very competitive process and every time you put in a grant application the programme is going to be oversubscribed. If you fit the criteria for that investor and you have a good proposition, they are going to want to invest in you."

He adds that social investors are not, as a broad rule, "scary financial services people", but people who can add value to the process and contribute as a constructive partner to your charity’s journey.

"Most of them are not-for-profits themselves and aligned with what the sector is trying to do, so just have a conversation and see if there’s a fit in terms of them trying to understand what you are trying to do," he says.

"A lot of people who take on investment from social investors talk about how it was worth much more than just the money.

"The support they provide in terms of analysing the way your financial model works and thinking about the strategic input they can give can be just as valuable. So don’t be afraid to start having conversations."

Nottingham Counselling Service, which provides long-term support
to people with complex problems, including anxiety, depression and abuse, turned to social finance to provide working capital after it won a three-year NHS contract, but did not have sufficient reserves to deliver it

The charity, which has an income of about £200,000 a year and employs six paid staff, took an unsecured loan in 2014 of £30,000 over three years at an interest rate of 6.5 per cent a year from Key Fund, which invests in community organisations and social enterprises working mainly in disadvantaged areas. 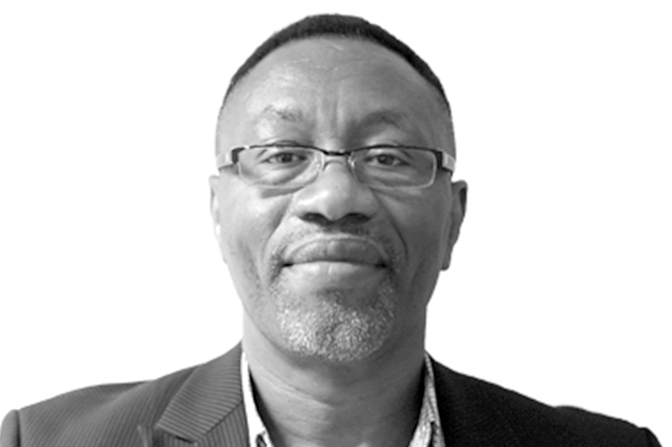 Leslie McDonald (left), executive director of the charity and its only full-time employee, says the charity was not nervous about taking the loan because it was confident that it would be able to deliver the NHS contract.

He says the move generally went to plan, although cash flow was an issue at times. "There were a few occasions when we could not meet the repayments because we hadn’t been paid for something or there was a low volume of work," he says. "But the funder was flexible, allowing us to renegotiate our repayments to match our circumstances."

The charity has since taken a loan of £325,000 from Charity Bank for debt consolidation, having felt the effects of the government’s austerity measures and continued lack of access to grant funding.