About 300 voluntary organisations have been informed that their bids to the £70m Communitybuilders programme will not be considered unless they can spend any funds they receive by the end of March.

The two-year programme provides loans and grants for projects that develop community cohesion. Until now, organisations have been able to spend money outside the financial year in which it has been pledged.

However, the Social Investment Business, which administers the programme on behalf of the Communities and Local Government department, wrote to applicants on 29 October to say this option was no longer available.

"If you are not able to spend the money until after 31 March, I am afraid this means that we can no longer consider your application," the letter says. Decisions on bids are due by 11 February, which could leave organisations only seven weeks to spend their awards.

Communitybuilders has received £59m from CLG and £11m from the Office for Civil Society. It still has £28m left to distribute. The former Home Secretary, David Blunkett, intends to submit a parliamentary question about the short time frame.

Oliver Reichardt, the head of Compact Voice, which represents the voluntary sector on the Compact, said the timing was against the spirit of the Compact.

A spokeswoman for the SIB said the Treasury was taking a firmer line on an accounting practice called annuality, which requires government budgets to be spent within the financial year or returned. "CLG has advised us that this flexibility is no longer possible for new commitments," she said.

She said existing contracts were not affected and SIB was advising current bidders, who could receive up to £2m each, on ways to cope - such as paying contracts up front. But she said: "There's no sugar-coating it. This will present a challenge to some applicants."

A CLG spokeswoman said the change was due to the "tough spending decisions" that had to be made.

An Office for Civil Society spokesman said it was a matter for CLG.

CASE STUDY: 'WHAT A WASTE OF TIME' 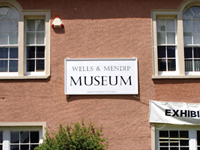 The Wells & Mendip Museum in Somerset has bid for £2m in loans and grants from Communitybuilders.

It hopes this will lever funding from large private companies, including the investment bankers Rothschild and the mining company Rio Tinto, to save the charity from closing.

Geraldine Peacock, a museum trustee and the former chair of the Charity Commission, who lives in Wells, has been helping the museum to secure funds. It has already received £80,000 from Communitybuilders for a feasibility study and was advised that its £2m bid would be considered by the Social Investment Business's investment committee in early December.

It now has to rewrite its bid to meet the 31 March deadline for spending. "It means that we have to start again from scratch," said Peacock. "What a waste of the feasibility money and a year of our time. We will try to continue, but it's asking the impossible."