The homelessness charity St Mungo’s has appointed Steve Douglas as its next chief executive. 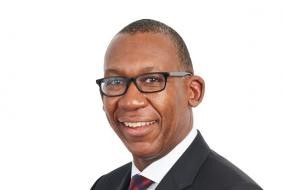 Douglas (right) will join the charity next month from Aquila Services, a consultancy that advises housing associations, where he is group chief executive.

He was previously chief executive of the Housing Corporation, which regulated England’s 1,500 housing associations before it was abolished in 2008.

Before that he was interim corporate director of neighbourhoods and regeneration for the London Borough of Hackney.

Douglas succeeds Howard Sinclair, who in November announced his plan to step down after six years in the role to take a “gap year” before deciding on his next role.

The news comes not long after the charity was caught up in a number of controversies.

Staff at the charity went on strike earlier this year as part of a long-running dispute about terms and conditions.

The union Unite called for Sinclair to step down early after a misdirected email appeared to show that he tried to discourage people from joining it.

Separately, the charity was forced to apologise after one of the charity’s outreach teams shared information with the Home Office about EU citizens for more than six months without the individuals’ consent, despite the charity having banned the practice.

Douglas, who was awarded a CBE in the Queen’s Birthday Honours list in 2019, said he looked forward to working with the charity and particularly wanted to champion its No Going Back and Home for Good campaigns.

Robert Napier, chair of St Mungo’s, said: “Steve brings with him a huge wealth of experience relevant to our mission to ensure that everyone has a place to call home and can fulfil their hopes and ambitions.

“Howard has been outstanding in leading the organisation. I thank him for the role he has played at St Mungo’s and indeed before that with his many years working in the homelessness and charitable sector.”