Staff engagement could be key to your strategic plan

Every charity needs and produces a strategic plan, but they are not always properly scrutinised or understood across the organisation. Yet it is vital that strategic aims and plans are properly examined and the risks considered, especially given the potential threat to an organisation's existence if this is not done properly.

One charity that does this effectively is North Devon Hospice. Stephen Roberts (below), its chief executive, was previously the head of strategic risk for Europe, the Middle East and Africa at the global risk and insurance firm Marsh & McLennan.

Roberts made two prominent changes to risk management and strategic planning practices at the charity, both of which he says are common in the private sector but relatively rare among charities: separately risk-profiling the charity's strategic plan; and encouraging staff involvement in the development of that plan. 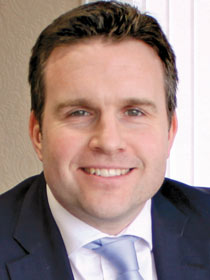 Roberts says separately risk-profiling a charity's strategic objectives is important because some of the biggest threats to a charity are not always picked up by departmental risk registers. This can apply to both internal factors, such as the failure of a joint venture, or external ones, such as the effect of leaving the European Union.

At North Devon Hospice, Roberts asked the senior management team to consider each strategic objective and what could stop it being achieved. Each risk was then scored on the threat it posed and rated in the context of the financial, reputational and operational risk it presented. This exercise was then repeated with the trustees, with the two risk profiles compared and contrasted. Each department at the charity ran a similar exercise to ensure its risk profile accurately covered the work and objectives.

Roberts says risk registers fail when the assessment criteria they use is not bespoke and not owned by individual departments. This process also had the welcome effect of informing people of the strategy itself and how it would be achieved.

Roberts's second change involves ensuring that the strategic objective and key performance indicators are known by and, most importantly, developed with input from staff and volunteers.

"One of the common traits of any organisation, and I'd include a lot of listed companies in this, is that if you were to go to the right website page you'd see a glossy strategic plan, but if you spoke to the employees very few could articulate what is in it," says Roberts.

"For me, that is an organisational failing, because when organisations can clearly articulate a strategic plan and where that plan is known by the workforce, it helps in setting priorities and makes decision-making more streamlined."

Roberts sought to address this by holding two sets of eight workshops every year, with staff and volunteers strongly requested to attend. Approximately 90 per cent of the hospice's 150 staff and almost half of its 550 volunteers went to the sessions, and attendance has increased year on year. Consequently, staff surveys have shown that employee morale has improved by 30 per cent because staff feel they have a greater say in the charity's direction.

Roberts accepts that this type of direct engagement with staff is easier to do at smaller charities, but says that webinars and roadshows can help senior management engage with staff at national and regional charities. Engagement and interaction, he says, make strategies and risk management work in the long term.

"It's very easy to pass off a strategic plan, and history is littered with organisations with strategic plans sitting on shelves," Roberts says. "But it can be turned into a living, breathing document by rooting it in what you try to achieve day-in, day-out as an organisation, and making sure that within the strategic plan itself that there are detailed action plans and workstreams."