Starting a charity - a tale of three founders, including Kris Hallenga of CoppaFeel!

About 400 new charities are registered each month, many by passionate people driven by their causes. Three charity founders tell Annette Rawstrone their motivations and give some advice

"I hadn't thought of setting up a charity until I got my breast cancer diagnosis. I was 23, liked the idea of working in tourism so that I would get paid to travel, and I had recently returned from China. My motivator was my diagnosis. I was told that my cancer was not treatable and I realised that getting the message out to young people that they needed to check their boobs was being overlooked by charities. Starting CoppaFeel! was a necessity, not a lifestyle choice.

We didn't even have a charity number when I won a Pride of Britain Award in 2009. Six million people heard of us in one night and everything snowballed. Suddenly people wanted to work with us; we've grown now to employ six people.

I love running the charity, but it is stressful. I put all my energy into it and take everything incredibly personally. I earn £35,000, but the job is more than full-time. Thankfully, my friends are involved in the charity because all too often the only chance I have to catch up with them is at CoppaFeel! events. I'm a quick learner – if I don't know about something then I find someone who does, and I'm fortunate to have good trustees.

I'd advise anyone who is setting up a charity to think about it lots. Far too many charities start to raise money, then close. Share the passion with other charities that already exist to see if you have the same aims and can work together. And ask whether you're able to commit all your time and energy to the charity, because that's what it'll take." 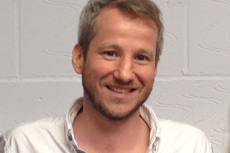 "I've warned people against setting up a charity – it's all-encompassing and can affect your personal life.

Wheeling out a housebound old man to vote sparked the idea for NLC; I developed it for more than a year before setting up a company limited by guarantee. I'd run a small not-for-profit business so I knew we could set up a bank account and establish the organisation without much bureaucracy. We registered as a charity in July 2013 mainly because it opened up gateways to new funding. I remember the board meeting when I stepped down as director so we could become a charity and I could take a salary – £37,000. I realised I no longer had all the control, but you have to let go and delegate if you want to expand.

At first I saw it as an exciting project. The encouragement came from funders who supported our work – we gained lots of volunteers and media coverage, which gave us validation. I realised I'd hit on something because the government was starting to take seriously the issue of older people's isolation.

Confidence and belief are important when starting a charity. It's important to write a project plan and hone it. Show your ideas to commissioners to find out if there is a need and then rewrite your plan to get clarity. Get as many good people around you as possible who share your passion.

I certainly get grey hairs from doing this job, but I'm in love with the organisation and get job satisfaction from seeing the relationships that develop between generations." 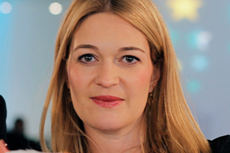 Emily Crossley Trustee and director of the Duchenne Children's Trust, which funds research into the disease

"It was not an easy decision to set up the charity. Being the mum of a sick child is lonely and difficult without the huge demands of running a charity. But we have an amazing network of friends and family, so we felt we couldn't just sit back when our son was diagnosed with Duchenne Muscular Dystrophy.

We're within reach of a possible cure for this disease, but I felt that not enough money was being raised to fund clinical trials. We've raised almost £2m in the first two years and are already funding three clinical trials, so our decision has paid off; but we still need to do more.

I was working for CNN International as a business correspondent but left to run the charity. I don't draw a salary and we have no paid staff, but a donor has given us a ring-fenced donation to recruit a part-time general manager. I miss the luxury of going into work and having time to forget what is going on. I doubted I had the skills to run a charity, but as a journalist I've found communication is crucial to its success. I'm fortunate to have a strong board of trustees with experience of governance, tax and finance.

It's important to launch a charity as you would a business. If you are asking people to give money, they need to believe it is going to be spent in the best possible way. I've always worked hard, but I have never been so motivated to achieve something. This is more than a job; it's about my son's life."