My story so far: Rachael Stott of PSS 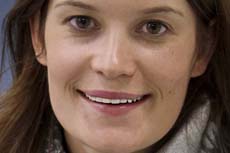 I graduated 10 years ago with a degree in human geography and wanted to work in a job I found more than just financially rewarding. It was fitting that I ended up as a marketing manager for Young Enterprise North West, because it was while on a Young Enterprise scheme at school that I first became interested in marketing.

After two years, I moved to Continuum Care and Education as national marketing manager. I loved working in the children's sector, but I wanted to move back to Liverpool, so I got a job there at a social marketing agency. I was in that post for only a year, but I learned things that I have been able to apply in my career since – such as knowing where extra fees are added when I commission agencies.

When I took the role of service development manager at another children's home provider, I deliberately chose a small company. But it was bought out after I started, the organisation went in a different direction and my duties changed – I didn't like counting kids into beds.

I'd met the chief executive of PSS, a social enterprise, and was impressed with it, so I was thrilled when it advertised for a head of communications. I got the job in 2012.

I had not previously stayed more than two years in a job because of the lack of progression. But that changed in May when I was promoted to director of business development and innovation. I love it here and have no plans to go. It ticks all the boxes – it's a great opportunity for me and I see the impact of our work.