Blind since the age of 21, Neil Heslop forged a successful career in the private sector. Now he's transforming the disability charity Leonard Cheshire

Neil Heslop was only 15 when he started to lose his sight. A degenerative condition began to slowly rob him of his vision until, at the age of 21, he became blind.

He has not allowed his disability to hold him back. Two years ago, after having successful careers in both the corporate and charity sectors, he became chief executive of the disability charity Leonard Cheshire.

Appointed OBE in 2002 for services to British telecommunications and charity

"It’s vital for the credibility and effectiveness of disability charities that their senior leaders are powerful and authoritative advocates for the disabled people they serve," he says. "Having lived experience of disability is not the only way to guarantee this, but it does provide an important perspective and moral authority."

But this does not mean that only people with disabilities should lead disability charities, he says. "Having fought for equality of opportunity for disabled people all my life, it would be perverse to argue that only those with lived experience of disability should lead our organisations," Heslop says.

"Merit and talent must be the ultimate determinant, but I do believe our sector would be strengthened if there were more senior disabled leaders."

He believes charities that want to improve diversity must put it front and centre of their strategies. "You have to change your governance," he says. "You have to commit to understanding where you are and put in some hairy objectives about where you’re going to be and be held accountable to it."

Leonard Cheshire carried out a governance review and changed its rules so that 50 per cent of its trustees must have personal experience of disability. It’s not the whole answer, says Heslop, but "a contribution".

Despite his visual impairment, Heslop studied law at the University of Newcastle. A 25-year career in telecoms in the UK and US followed, which included stints in senior roles at both O2 and Cincinnati Bell Wireless. In 2013, he left the commercial sector to join RNIB Solutions, the consultancy service of the sight-loss charity, as its managing director.

But although his CV might suggest he’s a relative newcomer to the sector, his involvement goes much further back. In the early 1990s, he co-founded the charity Blind in Business with two blind graduate friends after research showed that fewer than one in five people with sight loss had jobs and less than 2 per cent earned more than the average wage.

"We knew it was bad, but we didn’t think it was that bad," Heslop recalls. "So we put 50 quid in down the pub one night and started the charity."

That charity continues to help people with sight-loss find employment today, and Heslop remains a trustee.

Understandably, though, it is Leonard Cheshire that now dominates his time, and in particular its ambitious growth plans. The charity is working to increase fivefold the number of people it supports from about 30,000 a year to as many as 150,000 by 2022. It is one year into the five-year plan and has made a fast start.

Heslop says the number of young people it supports in the UK in programmes outside its accommodation-based services is up from 4,000 a year to 6,500 last year, and its volunteer base has more than doubled over the past year to
6,500 people.

However, it is outside the UK that it hopes the bulk of its growth will come. About 20,000 of the people it supports are overseas, spread across 15 countries, predominantly in Africa and Asia, where it helps disabled children to access education.

Heslop says he wants to increase the number of those it supports overseas to
between 80,000 and 100,000 a year.

Remarkably, the charity intends to do so without significantly increasing its spending, which its annual accounts will show was between £165m and £170m on an income of £175m for the financial year ending March 2018.

Instead, Heslop says, growth will be fuelled by making the charity more efficient. He is adamant it won’t involve cutting wages, which are notoriously low in many front-line social care roles. "The first really important strategic move we made when I arrived was to pay significantly above the living wage," he says with pride.

Achieving such a feat required having an "interesting conversation" with trustees during his first three months about wanting to add an extra £7.5m to the wage bill. "They all looked at me and said ‘what do we legally have to do?’ I said ‘never mind that – what’s right?’

Some of the efficiencies that will fuel the growth plans will be found through a more efficient operation of the charity’s £100m property portfolio, through which it provides its accommodation-based care to about 3,000 disabled people.

It also plans to use technology more effectively, says Heslop, arguing that the
voluntary sector has under-invested in technology over the past 10 or 20 years. He wants to equip front-line staff with the technology that enables them to do a "massively better job at much lower cost".

Better use of technology will help the charity to drive down its back-office and
administrative costs. "We spend millions of pounds on our support and infrastructure," he says. "There’s an opportunity for that to be far lower and the difference can be thrown at the front line."

Leonard Cheshire’s growth plan appears to stand in stark contrast to its fellow large disability charity, Scope. Over the past year, Scope has radically scaled back by selling off its regulated residential and day services, and instead will focus on campaigning for disabled people. But Heslop says there are many similarities between what the two charities are trying to achieve. Ultimately, Scope is trying to reach more people and make more of a difference, says Heslop, but its board has reached the conclusion that this is best achieved by withdrawing from offering statutory services.

"From the outside, Scope appears to have executed it very well, so I’m extremely admiring of what they’ve done," he says. "I would argue we are doing the same. We’re being clear about who we are and what we’re here for, and we’re facing up to a bunch of brave and difficult decisions about where we invest internationally, and where we invest to grow our programmes work in the UK."

It has been suggested many times that Leonard Cheshire and Scope should merge. Heslop sees the potential for the two organisations to collaborate in the future, but does not necessarily think they should merge, especially given Scope’s recent move away from providing care services.

But would Leonard Cheshire consider mergers with others in the future? "Hell yeah," says Heslop. "I’m responsible for the strategy of the organisation with my board and, if by coming together and merging with other organisations we reach more people and make a bigger difference, we have an absolute obligation to do that."

Any executive leader worth their salt should be willing to consider mergers, he says: "There are an awful lot of ineffective organisations in the third sector. Merger and consolidation should be a way for the sector to become more efficient.

"Does that mean that we have to go from 100 national charities to 20? No. But I do think as a sector we have some real challenges and barriers, cultural and philosophical, to doing the right thing."

Too many charities are being held back from mergers by their archaic governance arrangements, which Heslop says encourage trustees to be "stewards of the legacy".

He also says the hurdles that large complex charities have to overcome in any merger are huge, which also works against it happening. But it is the organic growth of Leonard Cheshire that is his focus now.

"What I’ve learned about large-scale organisational transformation is that you put big aims out there that scare the living bejesus out of people, and then you start working towards them," he says. "Whether you get there or not almost doesn’t matter, because where you get is a hell of a lot further than you otherwise would have done." 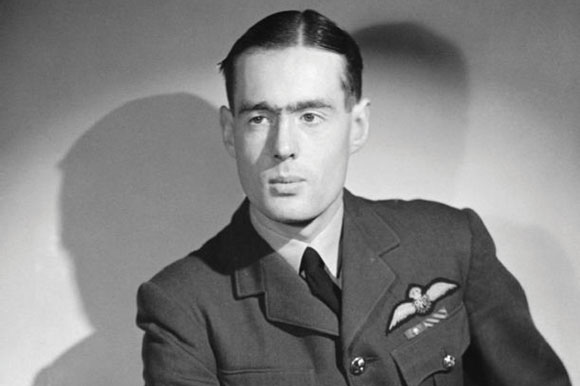 The charity supports about 30,000 disabled people in the UK and abroad.

It provides care services to about 3,000 people in more than 100 residential services in the UK, plus non-residential support programmes for about 6,500 young disabled people in areas such as finding employment or volunteering. It helps about 20,000 disabled children and adults access education and employment in 15 countries, mainly in Africa and Asia, including in Kenya, Zambia, India and Thailand.

The charity was started in 1948 by the former RAF pilot Leonard Cheshire (pictured above), who took a dying man with nowhere to go into his home and cared for him. Others started coming to Cheshire for help, and a year later his Hampshire home had 24 residents with complex needs, illnesses or impairments. As word spread, people from other parts of the UK began setting up similar homes in their communities under the Leonard Cheshire name.

By 1955, there were five homes in the UK and the first overseas project had begun in India.