Does the charity tribunal process benefit or suffer from such external interventions? 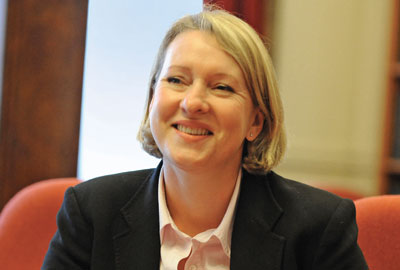 Writing last month in The Charity Law & Practice Review, McKenna (right), whose full title is principal judge of the First-tier Tribunal (Charity), highlighted the increase in applications to the tribunal from "persons who are or may be affected" by a Charity Commission decision.

She questioned how appropriate it was for third parties to have such wide rights in the tribunal's statutory framework and warned of the potential "nuisance factor" to charities of having a decision that they are content with being subjected to a third-party challenge. Such appeals from members of the public might slow down the tribunal process and ultimately make it more adversarial, she wrote.

"The questions raised by third-party applications is a neglected issue in the debate about reform of the tribunal so far," McKenna wrote. "This is perhaps not surprising, as one feature of third-party applications is that the applicants tend to represent themselves and consequently have little or no relationship with the charity lawyer lobby that has been most vocal in the debate."

Laura Soley, a partner at Bates Wells Braithwaite who has acted for charities in the tribunal, says it is a "missed opportunity" that the question of which decisions can be appealed against and by whom is not among those being addressed later this year by the Law Commission in its review of aspects of the tribunal's procedure. But she says that cases brought by third parties so far have helped to provide clarity in some areas of the law. "One example is how a trustee of a local authority should manage conflicts of interest and how the commission should exercise its 'cy-pres' powers to change," she says. These powers allow it to amend a charity's purpose to 'as near as possible' when the original purpose is no longer possible. 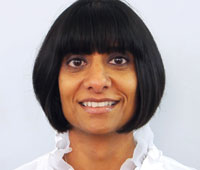 Claris D'Cruz (right), a charity specialist at Wrigleys Solicitors, agrees that it is important for third parties to have the right to take their concerns to the tribunal. "If policymakers were to narrow or take away third-party rights, it could jeopardise the ability to uncover wrongs - for example, in Ryan and Maidment v Charity Commission, in which a breach of trust was uncovered that would not otherwise have been revealed," she says.

"One key issue is the uncertainty surrounding how the phrase 'any person who is or may be affected' should be interpreted. Too broad an interpretation could result in charities and the commission becoming unnecessarily embroiled in disputes with individuals who should not have the right to intervene. Too narrow an interpretation - or, worse still, an abandonment of this category - would prevent meritorious applications by third parties being brought before the tribunal."

D'Cruz questions how much thought was given to this issue in the drafting of Schedule 6 of the Charities Act 2011, which defines rights of appeal to the tribunal, and says that there is a "balancing act" between the rights of the charity that has sought the decision, direction or order of the commission under appeal, and the rights of a third party to mount a challenge. She adds: "Where the balance should lie is a matter of policy. There should be a proper debate about this by policymakers, the commission and the sector."