The relatively unknown Prison Radio Association won the coveted prize of Charity of the Year at this year's Third Sector Awards. Rebecca Cooney looks at the charity's achievements

"In prison you are treated like a number. You have a number, and that's all you are," says Julia Howard, who three years ago began serving a 13-month sentence at HM Prison Styal, a women's prison in Cheshire. "You lose your identity and your self-worth hits rock bottom."

That changed for Howard when she came into contact with the Prison Radio Association, a charity that operates the National Prison Radio station. The charity broadcasts NPR 24 hours a day, seven days a week, using the television sets that are standard issue in every cell, offering specially tailored content developed with and presented by the prisoners themselves.

"The radio station values you, so you begin to value yourself again," says Howard (below). Using the skills and confidence she gained through NPR, she now works for a community rehabilitation company that supports people who have recently been released from prison. 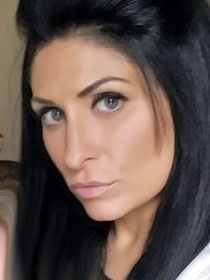 The PRA has come a long way in a relatively short time. It started life in 2005, when the high-profile prison reform campaigner Roma Hooper, who had developed a successful radio station in HM Prison Feltham, wrote to Greg Dyke, then director general of the BBC, to see if the project could be expanded. A nine-month pilot by HM Prison Service and the BBC was launched, broadcasting into two prisons in the West Midlands.

Phil Maguire, now the charity's chief executive, was a reporter and producer on BBC Radio 2's Jeremy Vine show at the time. As a former residential social worker who had worked in children's homes, Maguire had taken an interest in Radio Feltham and, when the opportunity to lead the pilot came up, he says, he grasped it. When the pilot came to an end in 2006, the project was in danger of being abandoned, so Hooper launched the PRA as a charity with herself as chair, and Maguire left the BBC to lead it.

In 2015, 992 prisoners contributed to producing programmes and 89 worked as producers and presenters alongside PRA staff. The charity's main source of income has come in the shape of grants from funders such as the National Offender Management Service and the Monument Trust. Three years ago, the PRA also launched a commercial arm, PRA Productions, which creates content for agencies that want to communicate with prisoners and produces documentaries for external sources. In its first year of trading, PRA Productions generated £134,000 of new business for the PRA - more than 20 per cent of the charity's annual turnover - helping to reduce its dependence on grant funding.

The company's output has won acclaim in the broadcasting community. The night before winning a Third Sector Award, Maguire was in Berlin picking up a prestigious Rose d'Or entertainment award for one of its documentaries.

It is now branching into video and is piloting Straightline, an app that allows people who have just left prison to watch videos telling the stories of people in similar positions.

It isn't just the charity that has grown, the number of listeners is up too: 76 per cent of prisoners say they listen to NPR and 37 per cent tune in every day, which is a potential audience of nearly 80,000 people.

The station's programmes include its breakfast programme - called Porridge, of course - health programmes, in-depth interviews and Books Unlocked, in which a novel is serialised and discussed, and copies of the book are distributed to allow prisoners to read it themselves. The most popular programme is the Request Show, which started as an hour a week but proved so popular that it became an hour a day. Last year, the show received almost 10,000 song requests and messages of support from prisoners and their families - those from prisoners arrive by letter because NPR's audience lacks access to phone, email and social media.

"Compared with most radio stations, we've stepped back years in terms of our interaction with our listeners," says Maguire. "But last year we received more than 6,400 letters from prisoners, which is remarkable when you consider that if a prisoner writes to us they have to take the time, buy a stamp and choose to use it to write to us rather than someone else."

The station also noticed that prisoners started referring to themselves as part of the NPR family, a phrase that presenters adopted and began to use on air.

Hilary Ineomo-Marcus (below) witnessed the station's connection with its audience first hand when he landed a presenting slot on the show during his 15-month sentence at HMP Brixton. 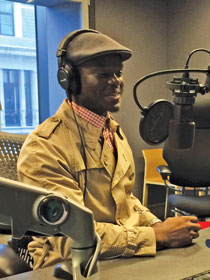 "My co-host Clint and I built up a bit of a cult following," he says. "We'd get letters from people saying why they enjoyed listening and how much it meant to them. You weren't allowed to forget the audience for a minute - and it was great knowing you were adding value to other people's experience."

There are challenges to running a station within the prison environment. For example, prisoner involvement in production requires forward planning to ensure new presenters are trained and ready for when their predecessors are released. Maguire says it is difficult to prove the charity has achieved its aim of reducing reoffending.

"It's quite hard to track individuals and their progress," he says. "But if somebody leaves prison and they offend less or stop altogether, how can one organisation take credit for that? A range of circumstances might be responsible - they could have done any number of courses, worked for qualifications or simply matured."

But there are factors that have proven links to reduced reoffending: addressing drug and mental and physical health problems before release and having a job, somewhere to live and strong family relationships afterwards, for example.

And the charity's real power, Maguire says, is that it gives a voice to organisations that help prisoners in these areas. "We know that if we do a campaign calling on people to sign themselves up to a particular service, referrals to that service go up, so we are reaching prisoners and influencing their behaviour," he says. "We're like an all-singing, all-dancing bulletin board - it's a very cost- effective way to amplify the voices of other charities."

Andrew Neilson, director of campaigns at the Howard League for Penal Reform, which campaigns for improvements in the prison system, describes the PRA as an excellent initiative. "At a time when prisons are increasingly violent, overcrowded and grim places, charities like this are a beacon of light," he says.

For Ineomo-Marcus, who has now been released and presents Inside Out, an NPR show produced outside prison, the benefits of the charity, for listeners and presenters alike, are clear. "NPR truly gives a voice to the voiceless, a very niche and sidelined group of people within society," he says.