The care charity the Queen's Nursing Institute decided to rebrand after facing a dilemma. In 2010, it realised its original branding - an oval crest with the letters VRI, standing for Victoria Regina Imperatrix - was cherished by nurses and retired nurses, who are some of its key stakeholders, but had little meaning for the wider public. 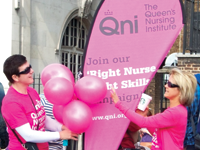 Working on the principle that almost everyone will need a community nurse at some point, QNI decided that the new brand had to have universal appeal and strike a chord with decision-makers, funders, the public, nurses, carers and patients.

The new brand replaced the charity's traditional nurse's uniform colour of blue with pink and purple. It included the letters QNI and the organisation's full name, while keeping the crown, which reflects the charity's royal association.

Another reason for the rebrand - which cost £7,000 - was that the QNI felt it had lost direct contact with patients who, it says, are its "real and primary beneficiaries". Consequently, in 2010, the charity's trustees decided to refocus the organisation's activities on improving care for patients in the home, which QNI says is a neglected area of nursing, even though 90 per cent of healthcare takes place outside hospitals. The new brand was developed by the design company Howdy, which held regular meetings with QNI staff throughout the process. 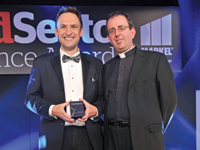 Brian Lamb, consultant and chair of the campaign effectiveness advisory board at the National Council for Voluntary Organisations, said the QNI rebrand was a "great example of retaining the key concept of the old brand, but with completely modern and fresh implementation. There was also good use of graphics."

Another of the judges, Alistair McLean, chief executive of the Fundraising Standards Board, said the rebranding had been a success. "It is simple and powerful and makes the elegant transition from a 19th-century brand to a 21st-century one," he said.