Awarded to a charity that has made effective use of its brand, knowledge or assets to increase income from its trading activities

St Peter's Hospice has for a long time been the most successful charity retailer in the Bristol area - its 47 shops have an annual turnover of £1.9m. But it was keen to expand its business and saw an opportunity to do so in the small town of Clevedon. 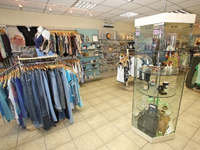 The charity decided to close two small shops and opened one larger unit, with a prominent frontage on the high street, better design and lower rent than the previous units.

The plan worked: the new shop was more attractive and drew in higher-quality stock. Staff and volunteers transferred from the previous shops so their expertise was retained. The charity was able to involve staff in making the new shop better and more pleasant for people to use.

"The success has been astounding," the charity wrote in its entry for the award. "We are offering a larger range of stock and a more comfortable experience, while promoting value for money.

"We are confident that the shop will continue to build its presence and reputation, and we believe it will deliver more than £1.25m to patient care over the next 10 years." 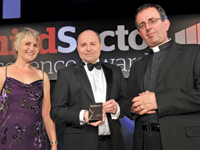 The charity now intends to attempt the same strategy with other shops in its chain. It is confident that it can continue to expand the revenue generated from the area in which it operates.

The judges said the charity had taken an effective approach to a difficult problem.

"This was a good strategy that produced good results," said Uday Thakkar, managing director of the social enterprise consultancy Red Ochre and one of the judges.

"They clearly know what they are doing and they tailored their requirements to changing circumstances. Altogether, we were impressed by the way they went about introducing these changes."

Hilton in the Community Foundation