Last year, Muslim Hands launched a campaign to raise awareness of Gift Aid among donors who spoke English as a second language, and to claim retrospective Gift Aid from eligible donations over the past four years. 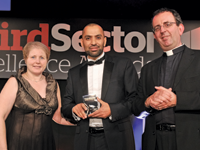 Figures from Newcalluk - a telephone fundraising agency that uses bilingual agents in its work for Britain's Islamic charities - found that people supporting Islamic charities had not been as engaged in this form of tax relief as had donors to other charities.

The campaign - run in partnership with Newcalluk - was carried out from December 2010 until March 2011. More than 12,000 donors were contacted by phone during this period.

The campaign was carefully planned to take account of potential cultural sensitivities. In particular, steps were taken to explain to donors that it was acceptable under Islamic law to use Gift Aid.

Efforts to claim retrospective Gift Aid brought in £204,670. At the same time, consent for Gift Aid claims on future donations was also obtained, which has so far reaped an extra £14,450 for the charity. For every £1 Muslim Hands spent on the campaign, £8.23 was raised.

The campaign cost Muslim Hands £24,861, but Newcalluk agreed to bear all of the costs until Muslim Hands was happy with the results. A report was also produced, which provided details on the feedback from donors about the campaign.

One of the judges, Ian MacQuillin, head of communications at the Public Fundraising Regulatory Association, said the campaign addressed a real need.

"Muslim Hands identified a problem, found the best way to directly solve it, planned in detail and achieved what it said it would do," he said.