The Alternative Futures Group, a support provider for people with learning disabilities and mental health needs, decided that it wanted to improve its financial management processes, so it embarked on a wholesale programme of culture change.

The charity wanted budget holders to be able to model complex scenarios, including the impact on cash flow and revenue over several years.

AFG worked with its software provider to create a bespoke system that measured all the variables the charity was most concerned about. It produced a comprehensive monthly budget report and made more detailed information available to budget holders across the organisation, including staffing costs. 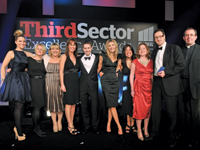 The charity also developed interactive training for budget holders through games and exercises. The training was led by the finance team to further enhance its relationship with operational staff.

The charity set up a system which makes both budget holders and the finance department aware almost immediately if a department is not performing within the budget parameters, set jointly by the operational and finance teams.

AFG said budget holders' attitudes to finance changed because of the scheme. The charity wrote in its entry: "Before the scheme, 30 per cent rated themselves as having a good or better working knowledge of finance, whereas after the event this moved up to 94 per cent."

The judges were impressed by the level of interactivity involved and the enthusiasm with which the finance department communicated with the rest of the organisation.

"This was a difficult change to manage and the charity embarked on it with panache," said Uday Thakkar, managing director of the social enterprise consultancy Red Ochre and one of the judges. "They produced great results with stakeholder buy-in and a marked increase in understanding of budgets and finance."