The communications team at the human rights charity Reprieve is often pitted against the world's most powerful governments, but it has achieved some notable successes. 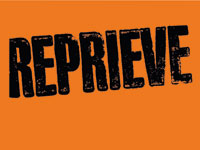 The charity uses the law to enforce the rights of prisoners - including those on death row and in the US military facility Guantanamo Bay - and its approach brings it into conflict with governments in countries such as the US and China.

Last year, the communications team ran a media campaign for its Stop the Lethal Injection Project, which is opposing the sale of drugs used to execute prisoners in the US. The team collaborated with investigative reporters to produce hard- hitting news stories, comment pieces in the national and international press, and social media campaigns on Facebook and Twitter. It has also made a video to persuade pharmaceutical companies to sign up to Reprieve's Pharmaceutical Hippocratic Oath.

The campaign has already made an impact. At the end of 2011, the European Commission added lethal injection drugs to its Torture Regulations, which ban the trade in instruments of torture and capital punishment. The Department for Business, Innovation and Skills has also banned the export of drugs used in executions, cutting off a key supply to US prisons. 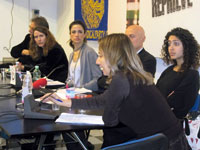 The team has also achieved broad coverage of its opposition to the government's proposed Justice and Security Bill, which it claims could lead to the creation of secret courts. The team convinced the Daily Mail - which it has usually viewed as an opponent - of the implications of the bill, and the paper ran a series of pieces condemning the proposals. More coverage followed in other national newspapers, including The Daily Telegraph, and on BBC News and Channel 4 News.

All of this has been achieved by two full-time staff - Katherine O'Shea, head of communications, and Donald Campbell, communications officer - with the help of volunteers.

Award judge Ceri Doyle, director of strategy at the Big Lottery Fund, said: "It's a great achievement with two staff, especially considering they are tackling some challenging communications issues."