The social enterprise Giveacar was founded only two years ago by a Nottingham University graduate with £30 and a £10,000 loan from his father, but it has already raised more than £600,000 in donations simply by scrapping or reselling old cars.

The idea is that customers donate their old cars to charity by contacting Giveacar, which then assesses the vehicles and sends them either to an authorised facility to be disposed of in an environmentally friendly way or to an auction house for resale. The proceeds are passed on to the customer's charity of choice. 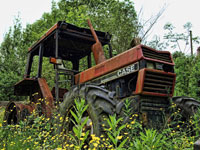 Its founder, Tom Chance, set it up to take advantage of the high scrap price for cars and to encourage the public to look at their unwanted vehicles as assets that can make a real difference to charities. In the two years since it was established, Chance has gone from working from a bedroom to having an office in Putney and employing six people.

Giveacar is a company limited by guarantee and works on a non-profit model. It does not charge charities for services but takes a quarter of each car's value to cover its costs. Aside from the £10,000 loan from Chance's father Alan, the social enterprise has received no other outside investment, and has grown organically ever since.

It does not affiliate itself with charities, but instead allows car owners to choose which charity will benefit. More than 800 charities have benefited from the scheme, including Cancer Research UK, which has received more than £100,000.

Charities also receive publicity on its website and can enter competitions to receive extra exposure.

Furthermore, Giveacar works only with reputable salvage firms to ensure cars are disposed of in an environmentally friendly manner. In its awards entry, the company says it "always puts the charitable causes before the bottom line".

Alistair McLean, chief executive of the Fundraising Standards Board and an awards judge, said: "Very innovative, high sum raised and growing. Excellent work to raise £600,000 for 800 charities and the target for 2012 is £1m - amazing. This is real success from a simple concept."