Awarded to a small charity that has made a big impact with an innovative project or projects. Only charities with annual incomes of up to £1m are eligible for this award

With a turnover of just over £700,000 last year and only four staff, Children's University is fairly small. But the charity, which encourages children of all backgrounds to consider going to university, has calculated that it reached 124,000 children last year. 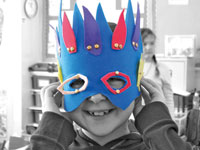 It works with 80 partners, including local authorities, universities, colleges and schools, to provide young people aged between five and 14 with exciting opportunities to learn outside school.

The choice of subjects is vast and includes learning Japanese, archery and ceramics. It also runs workshops and events at museums, universities and other well-known institutions.

All activities are accredited and each young person has their own 'learning passport' to record their progress. Once they have completed the requisite number of learning hours, their achievement is publicly celebrated at a university-style graduation ceremony.

The charity's projects include allowing children aged over 14 to stay on as volunteers after they have graduated to act as role models for newcomers to the scheme. It has also set up an e-passport that allows children to record their achievements peers online. It has extended its provision for five and six-year-olds and their parents because it found that parental participation helps to keep children involved in the scheme. 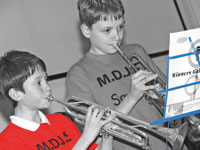 An evaluation of Children's University's work by Cambridge University found not only that children who took part in its programme showed improved attitude, attendance and attainment at school, but also that the longer a young person took part, the more their educational outcomes improved.

In its awards entry, the charity said that its ambition is to "ensure that all children, irrespective of their circumstances, consider university as a future life course".

Steve Wyler, chief executive of Locality and one of the award judges, said: "It is conceptually strong and brilliantly delivered at relatively modest cost."