This week's episode looks at the fundraising charity's eventful start

In June 2017, Sarah Miller, then a freelance communications consultant and former head of press and public affairs at the Charity Commission, wrote a blog for Third Sector, arguing that the sector needed to change its responses to large scale crises.

That year had seen three terrorist attacks in London, one in Manchester and the devastating Grenfell Tower fire, which claimed the lives of 72 people.

In response, many people rushed to set up online fundraising pages for those affected by the crises and suddenly found themselves responsible for huge sums of money with no idea of how to get it to its intended recipients.

Miller argued that a model for the kind of collaboration that was needed already existed – and had been operating effectively for more than 50 years in the form of the Disasters Emergency Committee.

She, and others, called for the establishment of a domestic version of the DEC to launch and run a central fundraising campaign quickly and effectively in the event of a distaster.

In November 2019, the National Emergencies Trust was launched to do just that - and just months later, in March 2020, it launched its first appeal in response to the coronavirus pandemic.

Rebecca, Emily and Mhairi reflect on the trust's first two years in operation and its plans for the future.

And in this week's Good News Bulletin, they chat about the impressive rise in National Trust membership in recent months and Simon Aylett's 4,000 mile cycle ride around the British coast to raise money for the Royal Marsden Cancer Charity.

You can find out more about Simon's journey here and see a picture of him with his miniature caravan below: 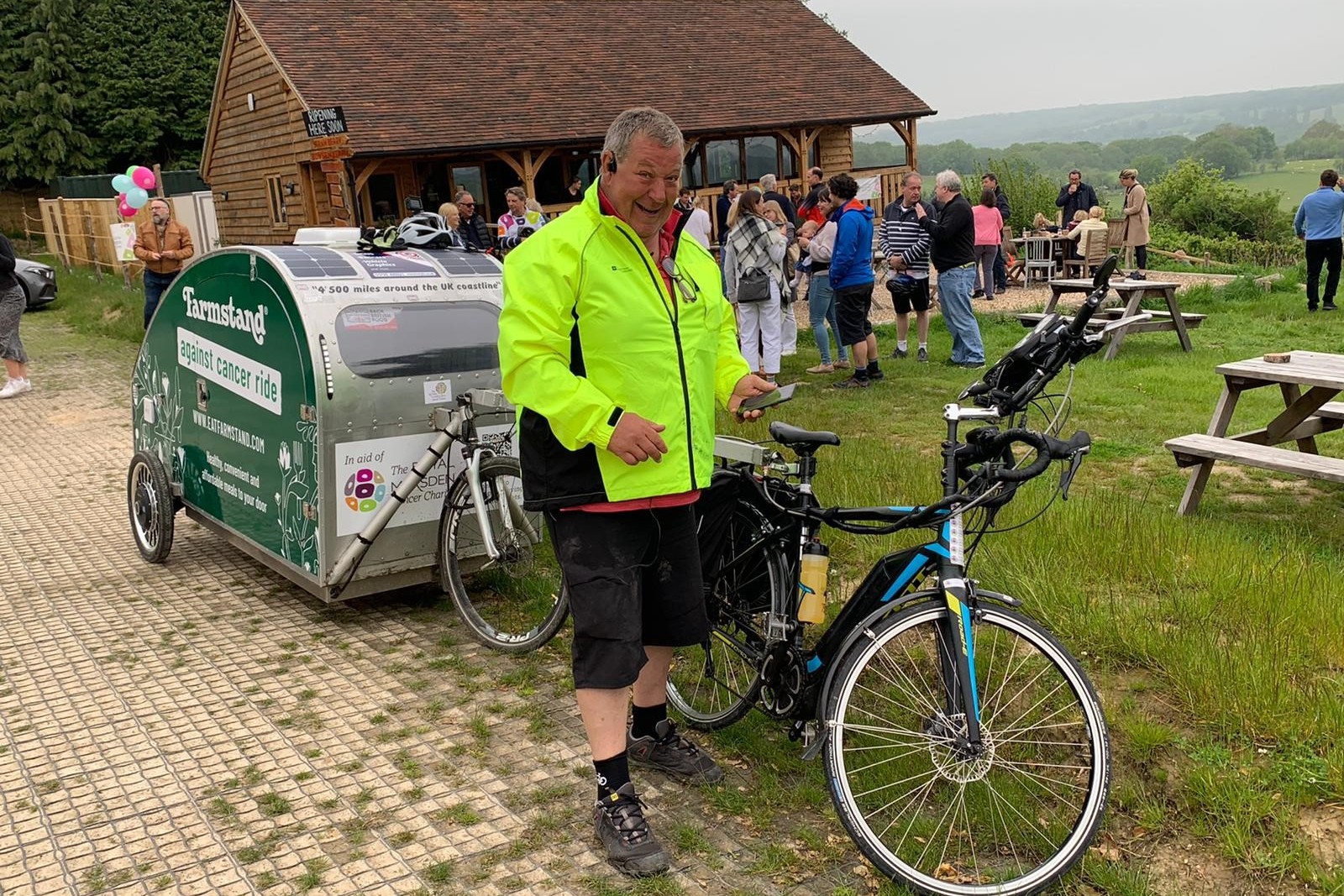 You can listen to the episode below, or wherever you get your podcasts: