Three key donor behaviour trends that have emerged in 2020

Donor behaviour continues to change in response to the pandemic and the latest edition of Enthuse’s quarterly research study examines the changes in recent giving patterns. Here are three of the key trends

After a number of months of living with the pandemic some key trends have emerged around how its economic impact is altering the way donors and supporters interact with charities.

These trends, and more, are explored in the latest Enthuse Donor Pulse report, including how impulse donations are on the rise; the increase of ‘drifting donors’, people who are happy to give, but are not aligned with any particular charity; and the challenge of ‘give and forget’, with many donors unable to remember the name of the last charity they donated to.

There is no doubt the third sector has faced many challenges during the pandemic. However, there are some positive signs from the public in how they both view charities and in their willingness to help them.

The public is also increasingly favouring one-off donations as their preferred way to donate, with nearly a third (30%) stating this. This is an increase from the previous quarter’s figure of 27%. It seems people are more likely to donate on the spur of the moment, rather than planning to donate to a particular charity.

It’s important for charities to consider the rapidly changing priorities of donors and try to map their fundraising campaigns to them. There is a willingness to help, but the public is focusing on what they feel most needs their support during the pandemic, which is one of the drivers of impulse giving. It’s also worth considering that although the number of people donating is increasing, the average amount people are donating is going down.

Enthuse’s data shows that in the last three months, the value of an average individual donation has dropped by 9% compared to the same period last year (July-October). This needs to be factored into fundraising plans, as the amount of donors needed to hit a target will need to be increased.

One of the reasons behind this difference in certainty of giving is the level of commitment donors have to charities. Older demographics are more likely to already be aligned to charities they support on an ongoing basis, whereas Gen Z and millennials are more likely to be ‘drifting donors’ – those who may give if they see the right campaign or appeal at the right moment. The money is there for them to donate, but the challenge for charities is to convince them to donate, or that money could be left unspent.

The value of the ‘drifting donor’ varies widely between different age groups. On average, the public would donate up to £51. Gen Z are above average with a plan to donate up to £59, and millennials lead the way stating they will give as much as £68. Millennials also plan to give some of the highest value donations, with just under one-in-five (19%) stating they would donate more than £100. The squeezed middle will be giving the least this Christmas, with Gen X (40-54) giving £42 on average and 55-64 year olds having an average cap of just £25 on their festive donations.

The key point for the third sector is to factor in the different demographics when thinking about their Christmas appeals. The ‘drifting donors’ are most likely to be Gen Z and millennials, and they are the ones willing to make the highest value donations on average. It’s crucial to ensure appeals are both targeted at these age groups and are relevant to them to convert them to donors.

Over the past three months, the percentage of the public making an online donation has risen from 37% to 42%. While there has been a drop in digital giving from Gen Z, this has been offset by a rise from millennials. There has also been an uplift in digital donations from 40-54 year olds, and this underlines how important it is for charities to see this a long term change that is accelerating, rather than being a blip during the pandemic. It’s crucial for charities to have a clear route for donors to make digital donations or they’ll be missing out on two-fifths of the market.

The reasons behind the poor charity name recall for online donors fall into a few different areas. Firstly, there is a question of the speed people do things at – just under a third (32%) of people say they do things so quickly online that they can’t remember the name of the charity they donated to. Charities need to think about the layout and structure of donation pages and email receipts to help here. Their logo and branding need to be clear and prominent on both.

Secondly, more than a third of people (34%) are only really interested in the cause, not the charity itself. Related to this, a quarter (25%) of people state they are just supporting a friend’s fundraising efforts and the charity itself isn’t important to them when they donate.

The final area that provides a challenge is that nearly half of donors (46%) state that their poor brand recall is down to the branding of charities either not being distinctive enough from other charities or being overwhelmed by a giving platform’s brand. More than ever, charities need to do more to make their brand and its brand codes stand out if they are to convert one off impulse donors into engaged regular givers. 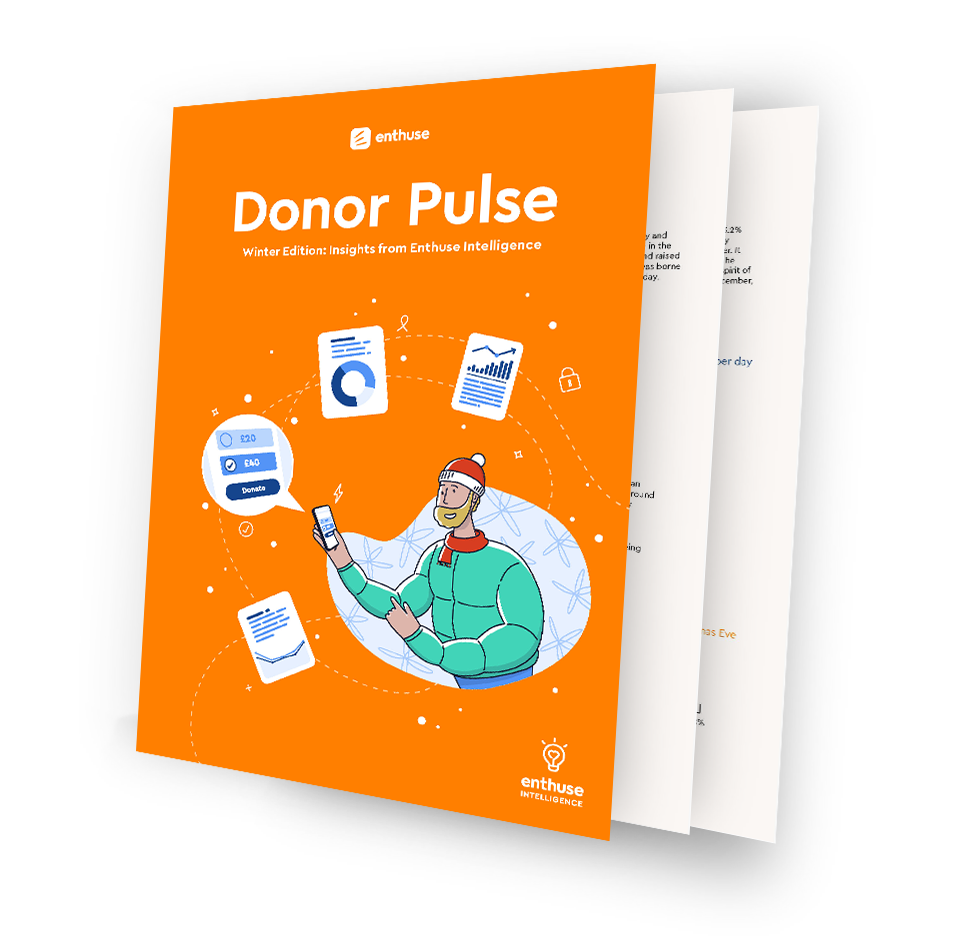 Enthuse is a fundraising, donations and events registration  platform that has helped more than 4,000 charities, including 1 in 5 of the top 100, raise over £70 million.

Enthuse’s solutions are customised under a cause’s own brand and put the organisation in control of the data. This allows charities to build and nurture a loyal supporter base, raise more and have more impact.

Click here to download the full report, or for more information email info@enthuse.com or go to enthuse.com.