Time for a rethink on think tanks?

The charitable status of some think tanks is controversial because they sail close to the party political wind. Stephen Cook reports

The result has been a steady stream of complaints to the Charity Commission and the publication of some of its most difficult and bitterly contested investigations (see Think tanks in hot water). Some think tanks prefer not to be charities - and some observers think none should be.

The Public Administration and Constitutional Affairs select committee of MPs considered this question in 2013, concluding that think tanks did have a place in the charity sector. But it added it was concerned by "an apparent lack of consistency in the application of rules". 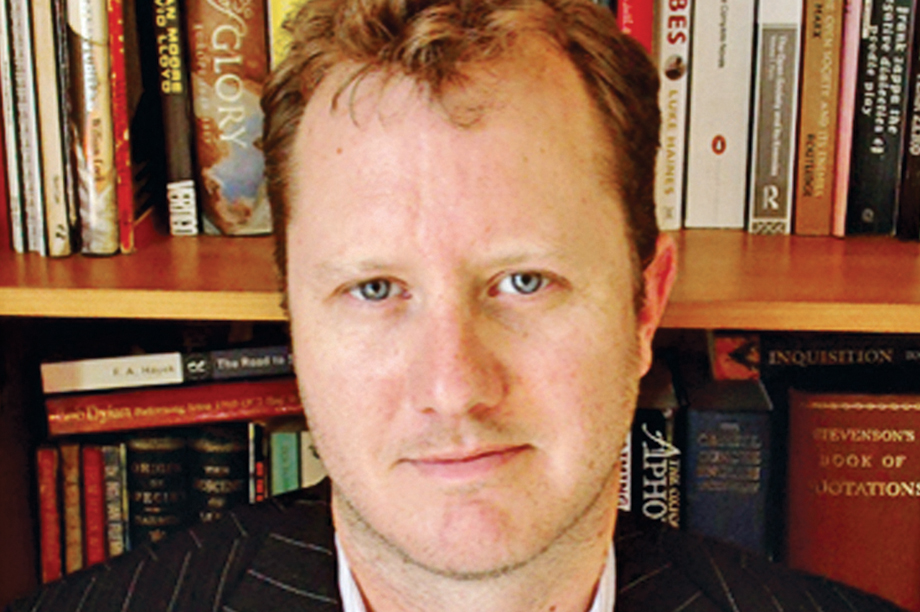 Christopher Snowdon (right), head of lifestyle economics at the Institute of Economic Affairs, a right-leaning think tank, agrees that some find it odd think tanks can be charities. "But charities are trying to make the world a better place, as also are thinks tanks," he says. "Think tanks are educational, and education is a charitable purpose.

The Charity Commission will not investigate a complaint that the centre-right think tank Policy Exchange, a charity, acted in a politically partisan way during the 2015 general election, contrary to charity law and commission guidance.

The complainant, who does not wish to be named, pointed out that on the day parliament was dissolved, Policy Exchange published Clearing the Fog of Law, jointly written by a Conservative candidate, Tom Tugendhat.

The report argued that the UK should, in times of war, derogate from the European Convention on Human Rights, which enshrines the right to life in article 2, and rely instead on international humanitarian law in the Geneva Conventions.

On the day it appeared, The Times published an article by Tugendhat, a former territorial army officer, which asserted there was "no place for human rights in the theatre of war". On 6 May he was elected to the safe Conservative seat of Tonbridge and Malling in Kent.

The complainant pointed out that human rights law was "intensely party political" and that Policy Exchange had earlier published Protecting Human Rights in the UK, which proposed replacing the Human Rights Act with a British Bill of Rights.

After two months the chief executive of the Charity Commission, Paula Sussex, responded. "Mr Tugendhat was standing for the Conservative Party when this report was published and I accept that, when looked at in isolation, this could give rise to the impression that the charity was giving its support to a political party," she said.

"However, the charity's website does include contributions from other individuals across the political spectrum. For example, several weeks before publishing Mr Tugendhat's report, it published a report by the Labour MP, David Lammy. The charity also hosted several events that featured Conservative, Labour and LibDem MPs, including Alan Milburn, Edward Davey and Caroline Flint.

"The charity's website also shows a number of up and coming (sic) events featuring MPs from different... parties. From time to time, and set in the context of other events, some activities of charities can lead to perceptions of bias. The commission looks at all the evidence and in this case we have determined that the charity has not breached our guidance."

Before receiving the reply, the complainant had written again, noting that commission chair William Shawcross had written an article saying only the Conservatives could draw the country "back from the abyss", that his daughter Eleanor was an adviser to the Chancellor, George Osborne, and that her husband, the Conservative peer Simon Wolfson, was a trustee of Policy Exchange who had made considerable donations to the Tory Party, including £100,000 in January 2015.

In her reply, Sussex said: "Our board members are drawn from a variety of backgrounds and in common with all of us have their own personal and political views. This does not mean that they cannot act with neutrality and independence in the conduct of commission business.

The Charity Commission accepts that the charitable status of think tanks can be a tricky issue and has several times since 2008 pledged to produce specialist guidance. But after holding a seminar with think tanks and lawyers early in 2014, it decided not to do so.

Instead it drew up a checklist for staff to use when registering think tanks and has circulated to about 90 relevant charities its December 2014 report on the Institute for Public Policy Research, which it felt contained useful lessons (see Think tanks in hot water).

The checklist says a charitable think tank must have sufficient educational value, must not pursue political, party political or propagandist purposes, must operate in a balanced way without promoting "a preconceived view" and must make its work available to the public.

The commission's director of legal services, Kenneth Dibble, also wrote in the Solicitors Journal in 2012 that "think tanks may approach a subject from a particular perspective, but this must be relatively uncontroversial and/or one held by informed opinion. This is clearly a nuanced judgement."

Some in the sector have been left confused by the difference between avoiding "a preconceived view" and being allowed to "approach a subject from a particular perspective". Opinion is divided on whether there should be guidance that makes such questions clearer. 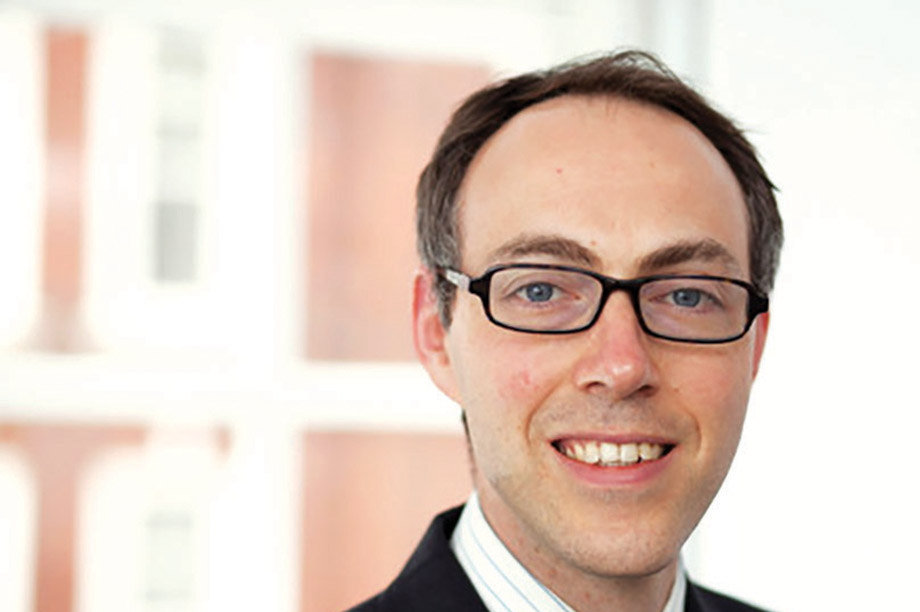 Andrew Haldenby (left), director of the free-market think tank Reform, says that complying with existing guidance and with the lobbying act seems "not that complicated - if a think tank is acting on behalf of a particular party, it's breaking the rules".

Reform does have ministers or shadow ministers speaking at its events, he says, but would avoid giving a platform to Conservative or Labour politicians only. He would have avoided a situation such as the one for which the IPPR was criticised by the commission - giving Ed Miliband a platform where he made policy announcements (see Think tanks in hot water).

"Charitable status is good for us and is not a constraint," Haldenby adds. "It enhances what we do. We're trying to provide ideas and independent research leading to better policy, so we need to speak across the whole of politics.

"We have to be able to challenge whoever needs to be challenged, and if we were just aligned with a government or a political party there would be no point to us at all." 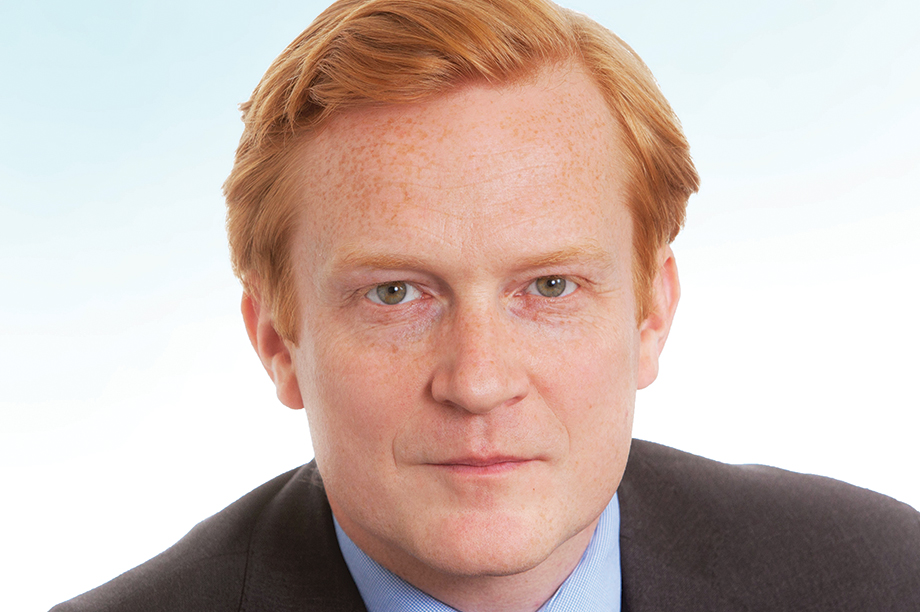 Tom Murdoch (right), a partner at Stone King solicitors, says most think tanks are careful to avoid overt identification with one party. "In the case of Policy Exchange, for example, it's careful to invite speakers from all sides, which counters any perception that there could be bias.

"In applications for charitable status by think tanks I've encouraged charities to see themselves as a kitchen table: sometimes the people sitting round it thump it quite hard, but as long as a reasonable debate occurs and educational value comes out of it, that's acceptable.

"When there is a commission investigation, it tends to find not that there is bias but rather that the organisation is leaving itself open to the perception of bias. But it's difficult always to guard against that, because perception is subjective. That puts the commission in a difficult position, and many people are sympathetic about that.

"In my view it would be helpful for the sector if some guidance could be published about what is permissible. The commission is pushing trustee responsibility at the moment, and it would be consistent with that to tell trustees of think tanks a bit more about how to go about things." 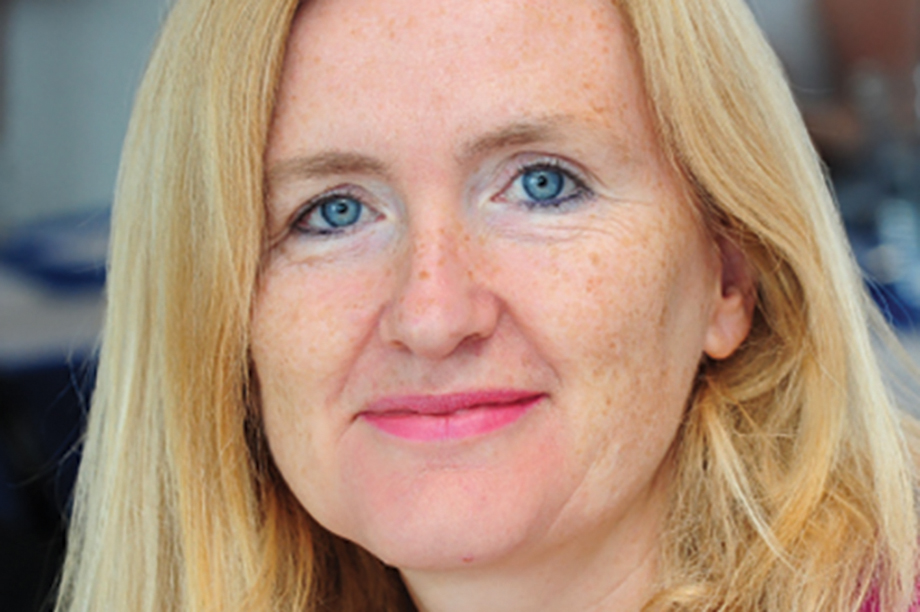 Rosamund McCarthy (left), a partner at Bates Wells Braithwaite, says it is not sufficient for the commission to rely on published case reports that are often quite fact-specific - bespoke, wide-ranging guidance would be helpful to think tanks, which attract a disproportionate number of complaints. There is already specific guidance for other potentially controversial groups, such as corporate foundations, she points out.

But she adds that there is already much common practice among think tanks that helps them to preserve their independence and impartiality. This includes having people from different political parties on their trustee boards, being transparent about how they are funded and making sure their research is available to everyone.

"Some have real diversity of funding - from companies, other charities, even local authorities," she says. "That's an important indicator of independence. Others are not so open about the sources of their funding."

The Charity Commission has conducted a number of controversial investigations of think tanks in recent years:

2008: a statutory inquiry into the Smith Institute found that it was doing work of educational value but was "vulnerable to the perception that it was involved in party politics" because of its relationship with the Labour Party. "Inappropriate party comments" had been allowed at some of the institute’s events and in its publications, the report said. Paul (now Lord) Myners, deputy chair of the institute, said the regulator had "shown a fundamental lack of understanding of the work that all think tanks undertake". In 2010, the institute ceased to be a charity because, according to its new director Paul Hackett, compliance was "quite cumbersome" and its business model meant that reclaiming VAT – not available to charities – was more important to it than Gift Aid on donations.

2014: the commission published an operational compliance case report on the Institute for Public Policy Research after receiving a complaint by the Conservative MP Charlie Elphicke. The commission concluded that the think tank worked on a wide range of projects with diverse partners, but had
"exposed itself to the perception that it supported the development of Labour Party policy" because it had worked closely with the party and its leader at the time, Ed Miliband, had used the launch of its report, The Condition of Britain, to announce new party policies. The commission has circulated its report on the IPPR to other think tanks as a source of advice on maintaining their political neutrality and independence.

2010: the commission told Atlantic Bridge after a regulatory compliance case to "cease current activities immediately". It found the charity, set up by the Conservative MP and former defence secretary in the coalition government, Liam Fox, had promoted the special relationship between the UK and the US, associated with Margaret Thatcher and Ronald Reagan: "This suggests that the activities of the charity are promoting a policy that is closely associated with the Conservative Party." The charity was wound up in September 2011, shortly before Fox resigned over dealings involving Adam Werritty, his best man, who had been UK executive director of the charity.

2014: the commission published a report on an operational compliance case on the Global Warming Policy Foundation, founded five years earlier by the former Conservative Chancellor, Lord Lawson. "The commission found that, taken as a whole, it was difficult not to form the conclusion that the publications and postings on the charity’s website promoted a particular position on global warming," the report said. The GWPF then launched a non-charitable organisation to act as a campaigning body to promote opinions and policy change, leaving the charity to focus on its educational objects. In 2015 the commission confirmed it had opened another case to assess "a number of potential concerns" about the GWPF. This followed an allegation by Greenpeace – denied by the charity – that one of its advisers had offered to write a paper for a fake oil company and pass it off as independent by using the charity’s review process.