Unite with us against dementia 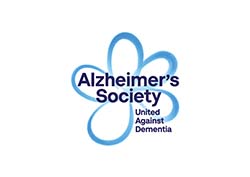 As Dementia Awareness Week gets underway, Alzheimer's Society shows the way forward and explains why it's a great time to join the team.

Dementia devastates lives. By 2021, one million people will be living with the condition. But dementia won't win. Alzheimer’s Society is the UK's leading dementia charity. Until the day we find a cure, we will be here for anyone affected by dementia – offering support, creating understanding and awareness and working tirelessly to find a cure. Everything we do is informed and inspired by people with dementia.

Join a team with energy, commitment and talent

The only way we can meet all these important and necessary challenges is using the power of our people. We bring different skills and abilities to the table but what unites us is our passion, empathy and belief in our cause. By joining us you are signalling your commitment to creating a world without dementia.

"Dementia Awareness Week is a great opportunity to engage people and make it clear that dementia is everybody’s problem", says chief executive Jeremy Hughes. "We need people to face up to the challenge and act now – and that’s why we’re building a team with the energy, commitment and talent to help us increase support and change the dementia landscape forever."

An exciting time to be part of Alzheimer’s Society

"There has never been a more exciting time to be part of Alzheimer’s Society", Hughes continues. "We’re determined to bring everyone’s attention to the massive injustice faced by people with dementia – and we urgently need people to unite with us to make a difference to their lives and help us achieve our vision of a world without dementia."

Last month, we launched a new United Against Dementia campaign featuring celebrities and sports stars including Jo Brand, James Cracknell, Meera Syal and others. The campaign calls on the public to set aside their differences – social, political and generational – and unite in the fight against dementia.

The Society is now carrying that same powerful message into Dementia Awareness Week, encouraging people to take action and – in the process – improving their understanding of dementia and its impact on individuals and families.

One of the key messages is that dementia doesn’t care how old you are. Today, more than 40,000 people with dementia in the UK are under 65. And since dementia is caused by diseases of the brain, it is not an inevitable part of ageing, either. It can strike any of us and the harsh reality is that, by 2021, a million of us will most likely have dementia – growing to two million by 2051.

Everything Alzheimer’s Society does is framed by a new five-year strategy called ‘The New Deal on Dementia 2017-2022’. The new deal, which coincided with the launch of a new-look brand, marks the recognition that the Society needs to go further so that people affected by dementia get the care, support and hope for the future they deserve.

Join a team of trusted experts

Beyond encouraging people to come together and mobilise, for example, the Society is committed to becoming recognised as trusted experts who are informed and inspired by people affected by dementia. To deliver all of its ambitious goals, the Society aims to raise at least £100 million a year by 2022.

Could you create a better world for people affected by dementia? Join the thousands of employees across the UK who are uniting against dementia. From marketing to operations to care, Alzheimer’s Society has jobs available across its offices and community-based services.

Why the new year is a great time to recruit

Cancer Research UK: Why we should focus on development programmes

How to position your charity as an employer of choice

My rewarding career in the contact centre at Age UK: Tracey Gregory

Visit our Wonderful Workplaces in the Third Sector hub page for insider insight into what it's like to work at a variety of organisations in the charity and not-for-profit sector.

Looking for a new job? Set an alert now.

Get a job alert

To discuss working with Third Sector Jobs to support your recruitment campaign, please call Leona Ademi on 020 8267 4078 or email leona.ademi@haymarket.com.