The value to you of becoming a trustee

Quite apart from helping a worthy cause, putting yourself forward to sit on a charity's board can pay dividends for your career and your sector network, writes Annette Rawstrone

Trustees set the strategy of a charity and take key decisions on staffing. So have you ever considered becoming one yourself? Many people report not only that they find trusteeship rewarding, but also that it can help in their day-to-day work and further their careers.

Emma Patmore, operations manager at Trustees Unlimited, warns that it is also a weighty responsibility. "The trustee role sets the future direction of the charity and moves it forward," she says. "But it allows someone already working in the sector to gain insight into the inner workings of a charity and helps you to have a better understanding of your day job."

Joanne Major, charity recruitment team leader at the consultancy Eden Brown, says that being a trustee can add value to a CV when you apply for jobs. "From a recruitment perspective, it shows that the candidate understands the complexity of the sector, such as how charities work, how they are governed and how decisions are made."

She says she likes to see applications from people who are at the early stages of their careers and also serve as trustees. "It demonstrates that they have got commitment and gives them a unique insight into the highest possible level of a charity from the beginning," she says. "It also helps to build their network of contacts in the sector."

Employees at the Prince's Trust are actively encouraged to be trustees and are offered reasonable time off to do so. Steve Wiggins, director of human resources, says that although he would never list being a trustee among the criteria for a job, it is regarded positively. "I feel it shows that the candidate has gone above and beyond their role – it shows passion about wanting to make a difference and helps them to stand out," he says. "I draw from it that they will have picked up new skills such as decision-making and judgement. In the interview I would then want to see passion – talking about the cause of the charity for which they are a trustee in such a way that their eyes sparkle and their enthusiasm comes through."

Major agrees: "It is important to choose a charity carefully and not just be a dormant member of the board. Measurable impact is really important, and at interview a candidate needs to be able to say what their contribution to the charity has been, that they are a change-maker and are immersed in the charity rather than just turning up to board meetings." 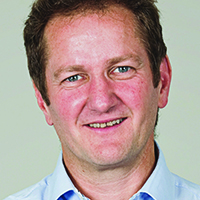 I moved into the charity sector 11 years ago from a human resources background. I believe that my experience of being a trustee at PentaHact, providing housing services for people with learning disabilities, and being involved in social enterprise contributed to my being appointed chief executive of Scope. It gave me an insight into the charity world and demonstrated my commitment to the sector.

I've been a trustee of SeeAbility, which supports people with sight loss and other disabilities, for two years. I saw it as a good opportunity to continue using what I'd learnt at Scope after moving on to Unicef UK. I also recently became a trustee of Acevo. It is very important for senior staff in charities to see the world through the eyes of trustees. It provides a governance perspective not always obvious in day-to-day work and has helped me understand how to present information to our trustees, who see the charity in short bursts of time, and to discuss strategy.

Being a trustee is time-consuming and you need to be committed to the cause, but the benefits are great for personal and career development as well as allowing charities to have quality people on their boards actively working in the sector. I benefit from my trustee experience every day at work. 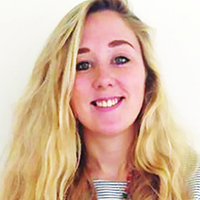 I am passionate about youth development and supporting the sector. I'm a trustee and executive director at Tenteleni, an international, volunteer-run youth development charity that I have been involved with since 2010. I've also become a trustee of the Young Survivor Network, a charity start-up supporting young people who have been sexually abused.

I believe volunteering and being a trustee have developed skills for my paid role in the sector and helped me to progress from being a youth and schools project manager for the British Red Cross in 2011 to supporting a team of more than 200 staff and leading the culture change and communications for a large digital transformation project at the Prince's Trust. Being a trustee enables me to operate at a senior level, gain greater strategic oversight, learn how to manage risk and make informed decisions. It's also great for networking and developing a profile in the sector. I have lots of engagement through Twitter and LinkedIn and have been asked to speak at conferences and sit on panels.

It's hard work – I often reply to emails on my commute and have monthly meetings with trustees in the evening or on Skype calls; but it's fun and I've made great friends. More young people in the sector should consider being trustees – they'll learn a huge amount and improve board diversity.