Vicky Browning on two campaigns that pack an emotional punch

Our communications expert is also impressed by the Canal & River Trust's Campaign for Real Time, based on listening to real people's stories 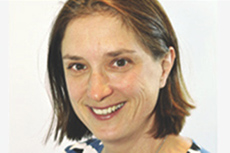 Two recent comms campaigns had more than a man's name in common. FindMike from Rethink Mental Illness and Anthony Nolan's Shake4Mike packed hefty emotional punches: each, in a sense, the search for a saviour. FindMike raised awareness about schizophrenia through a man's hunt for the stranger who talked him out of suicide. Shake4Mike told of a woman's search for a stem cell donor to save her fiance's life. Both were very successful in traditional and social media and produced impressive results - Anthony Nolan saw a 650 per cent year-on-year increase in donor registrations the week after the story broke. It shows the power of a strong story.

I was interested to hear from the Canal & River Trust, a charity born of the state-owned British Waterways, how its emphasis has been on "story-listening": letting the public - the users of the UK's waterways - shape the "why" of the charity's messages by sharing their experiences. Too many charities focus on the "what" and the "how" of their activity. Yet the "why" is what truly engages people. So while the Canal & River Trust maintains 2,000 miles of historic canals and is the third-largest owner of listed structures in the UK, its emotional positioning is about how living waterways transform places and enrich lives, brought to life through its Campaign for Real Time, based on listening to real people's stories.