The 2019 Third Sector Fundraising Conference took place in London in May and those present were treated to a fascinating line-up of speakers. For those who couldn't make it, here are our key takeaways from an inspiring two days.

A recurring theme of the conference was raised in its first session. The charity sector is fighting to regain public trust after a series of high-profile scandals. In his speech, Paul Amadi said that being clear about the difference charities are making is vital to achieving this goal.

Over half a billion pounds of Gift Aid goes unclaimed every year
- David Michael, chief executive and co-founder, Streeva

The potential of technology to impact fundraising for better and for worse was another recurring theme of the conference. David Michael unveiled Swiftaid, a new system for enabling automatic Gift Aid collection from contactless payments, which addresses the fact that only 19 percent of donations under £10 have Gift Aid attached and £560 million of Gift Aid is unclaimed each year. "The big question with contactless is how do you turn an anonymous tap into a meaningful relationship?" said Michael. 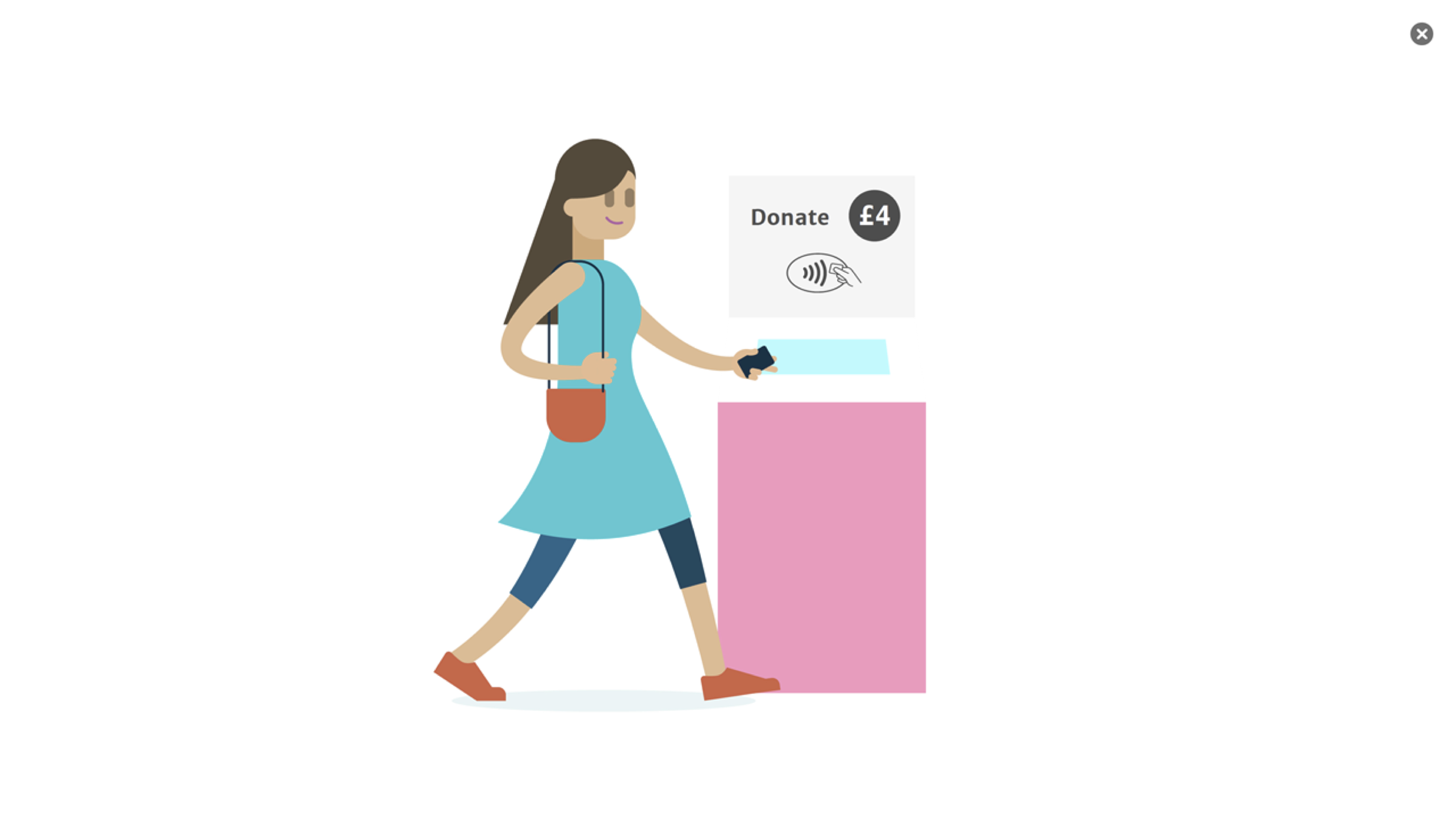 We need to show young people that changing the world can be a career choice
- Liz Draper, corporate sponsorship consultant

One of the liveliest sessions of the first day was a panel discussion on how to nurture the next generation of fundraisers. It saw Liz Draper emphasise the need for charities to do more to show young people that fundraising can be more than a hobby. "We shouldn’t wait for young people to come to us," she said. "We should be at careers days at universities and capturing their imaginations with how they can change the world."

The generational gap in giving needs to be bridged
- Chris Newell, chief executive and founder, Donr

The theme of generational differences was returned to in Chris Newell’s insightful talk on the potential of mobile giving. He had a startling fact to illustrate the different mindset of younger donors: "Millennials are 79 percent less likely to use direct debits and 76 percent more likely to use text donations than older donors." Newell went on to explain that when it comes to mobile, giving donors too much choice can result in drop-offs. "Think about whether your supporters need to be able to choose an amount for a donation by text," he said, "or whether you should set it for them." 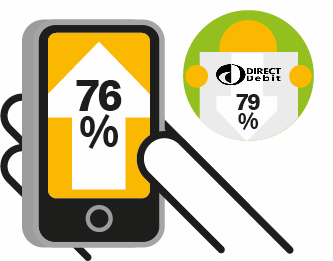 A good brand partnership is as much about protecting your brand as it is about raising money
- Sabrina Nixon, corporate partnerships manager, British Red Cross

During a celebratory session on the benefits of strategic brand partnerships, Sabrina Nixon sounded a word of warning about charities protecting their brands while working with commercial organisations. Her advice is to identify a clear message for why you are working together and agreeing on this message ahead of time, before introducing a rigorous sign-off process on both sides. She also stressed the need for comprehensive evaluation after a campaign to allow both sides to incorporate lessons learnt into future projects.

One of the key takeaways from Emily Casson’s wide-ranging session on digital engagement and acquisition was the impact an email newsletter can have. Casson encourages smaller charities to think big and transform their emails from "batch and blast" to personalised relationships and improved engagement. She believes this can start small with tweaks to a subject line and then scale quickly, by segmenting your audience based on engagement and behaviour. Her tips to get you started included making your emails fun with images, gifs and quizzes, and she stressed the importance of having a two-way discussion with your audience by asking for actions such as signing a petition.

Crowdfunding is both an opportunity and a threat
- Deborah Alsina, chief executive, Bowel Cancer UK

A heavyweight panel discussion kicked off day two with the chief executives of Julia’s House, CLIC Sargent, Centre for Mental Health and Bowel Cancer UK debating a wide range of issues. One of the hottest topics was the impact that crowdfunding – online personal fundraising campaigns by individuals affected by an issue – is having on the funding of organised charities. Deborah Alsina warned of the potential damage to the charity sector with donors seemingly preferring the instant gratification of giving directly to an individual rather than a donation to a charity which might take years to yield results. She urged charities to do more to communicate the value of the long game while keeping the people being helped at the forefront of any communication.

In one of many "oh yeah" moments at the conference, David Taylor pointed out that charities were often spending lots of money in marketing acquisition – getting people onto their sites – but were often neglecting conversion rate optimisation (CRO), getting more of the people who land on their site to donate. Taylor showed how skilful CRO had seen War Child’s regular donations grow by 20 percent.

In a fascinating talk Jo Barnett highlighted the danger of the charity sector being left behind by digital innovations. Barnett pointed out that between 2014 and 2018 household spending grew by 15 percent while household giving remained flat. Barnett asked whether the charity sector’s reliance on cash might be behind the stagnation – 53 percent of people who donate to charities use cash compared to the 22 percent of retail purchases that are made using cash – before suggesting a host of ideas that might be worth adopting. 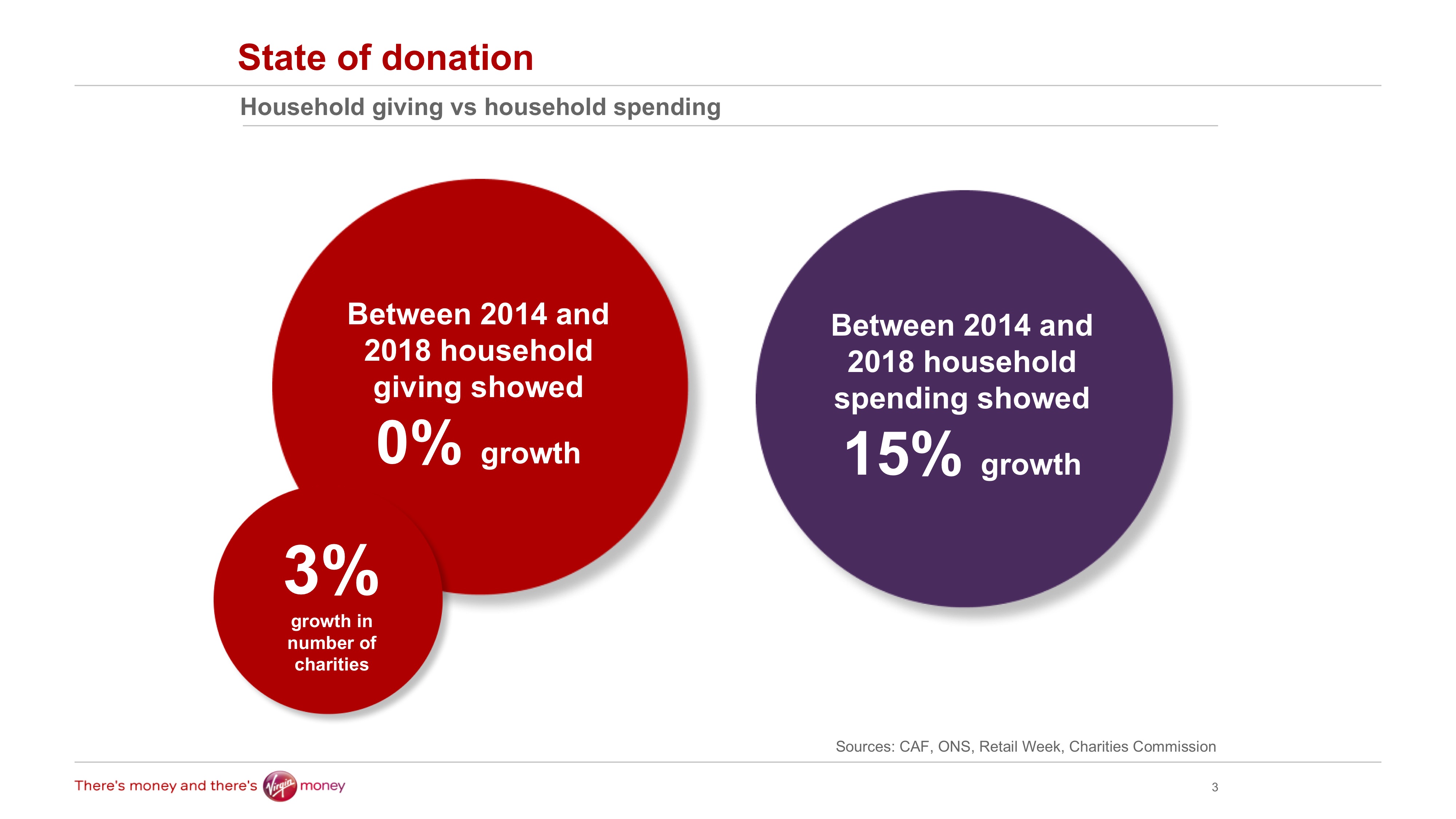 Two of the most powerful sessions came back-to-back on day two. There was a sobering look at discrimination amongst charities and fundraisers by the co-founders of NGO Safe Space who warned that there are no easy answers. "We need to undertake a long and uncomfortable journey," said Alexia Pepper de Caires. "But one that will end in accountability". The first step according to the duo is to look at gender imbalance in a sector in which women account for 70 percent of staff but just 20 percent of managers.

Emma Mamo from Mind also gave a fascinating talk on the mental strain that charity workers can be placed under and what charities can do to help. The key, she said, was creating the right framework. 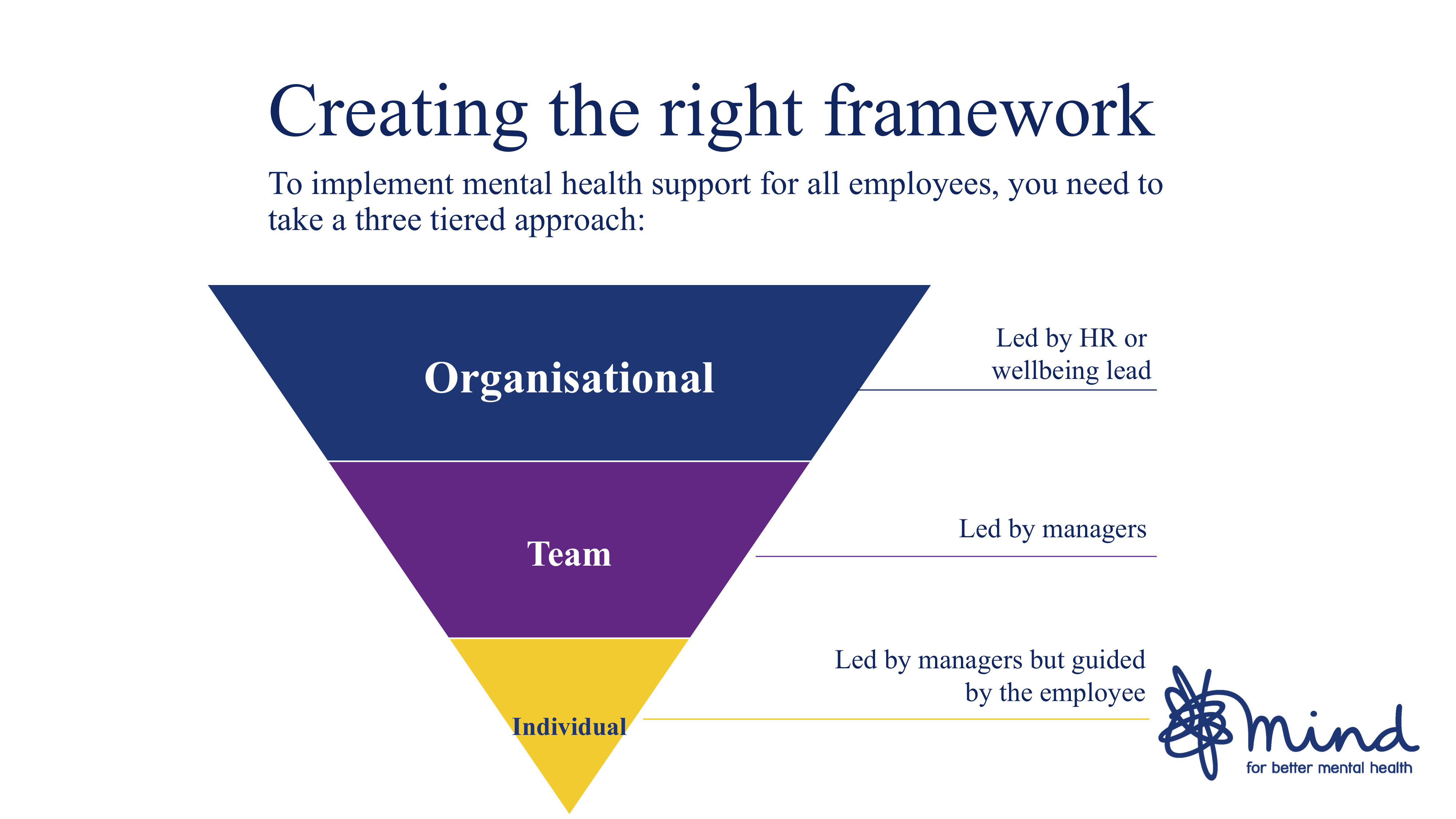 The conference concluded with four speakers reminding the room that nothing beats a group of inspired people working together on an innovative idea. First Josephine Naughton traced how a hashtag and a determination to do something positive helped create a humanitarian charity that’s provided vital aid to 722,500 refugees across 12 countries. This was followed by Helena Jennison’s look at the cutting edge of technology, which saw remarkably affordable bluetooth badges designed for those "too British to ask for a donation" for Movember, as well as Krystyna Grant’s talk on the British Heart Foundation’s first steps into using smart speakers to raise funds. In both cases we were reminded that any sort of innovation needs to start small and scale up, but also that all of us are only one great idea away from making a world of difference. 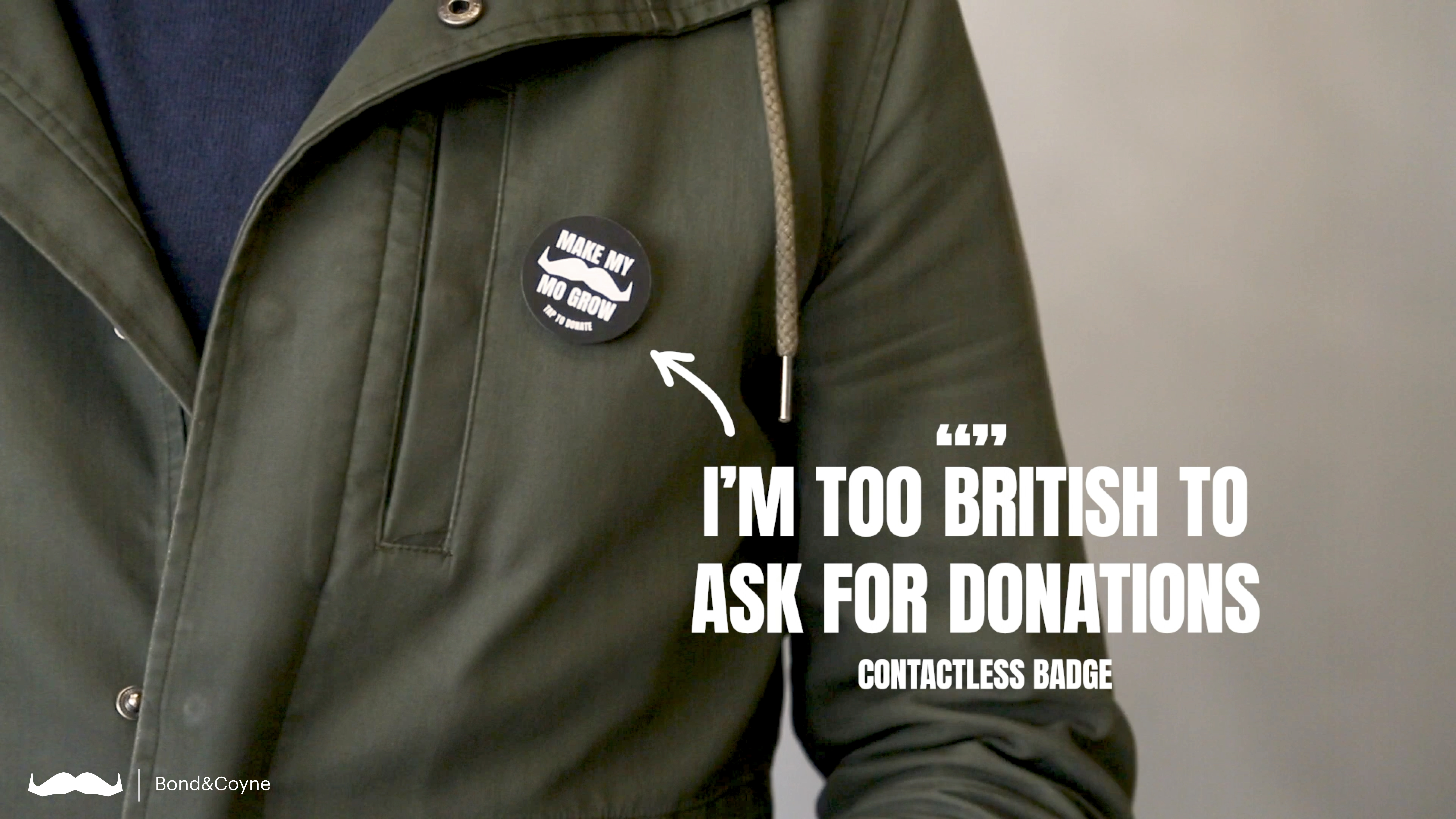