Vivienne Hayes: Let's get poverty and equality on the agenda again

The root of what the third sector is about is in danger of being lost as charities face the dilemma of biting the hand that feeds them, writes the chief executive of the Women's Resource Centre 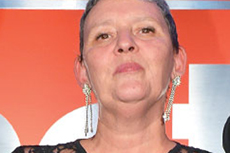 At this year's Third Sector Awards, the Women's Resource Centre was proud to be voted Britain's Most Admired Charity. This is a fantastic achievement for us on two counts: first, we are a small charity; second, we are an equalities charity, whereas the others on the shortlist were generic organisations.

Our concerns are often drowned out by those larger organisations. It is well known that austerity has disproportionately affected women and that women's charities – particularly black and multi-ethnic women's charities – have suffered cuts that have caused closures.

Yet these issues are not discussed in the mainstream, and they remain marginalised. The very root of what the third sector is about – addressing poverty and inequality – is in danger of being lost as we face the dilemma of biting the hand that feeds us, fearful that the only way to survive is to ingratiate ourselves with the establishment.

The truths of poverty and inequality are not being spoken; social change is falling off the agenda while terms such as competition and efficiency have become the accepted rhetoric. Those who need specialist front-line charities are being left with nowhere to turn.

At a time when we are moving away from a structural analysis of inequality in favour of a post-modernist individual assessment, it is crucial that we revise and then espouse a clear narrative for the third sector to restate our values – and it is important that we remain distinct and different. In this way we can stand together to protect the difference we make as a sector rather than colluding with an agenda to privatise and profiteer from inequality and poverty.