A cartoon video from the NSPCC designed to help parents tackle the difficult problem of talking about sexual abuse with their children has already proved a huge success just three weeks after launch.

The charity enlisted the help of the Oscar-winning animation house Aardman, creators of Wallace & Gromit and Shaun the Sheep, and music production company Adelphoi Music, to create a two-minute video featuring the pants-wearing dinosaur Pantosaurus and his PANTS song.

Launched in UK cinemas on 29 July – at the start of the school holidays – the song is aimed at four to eight-year-olds, the age at which the charity believes children are most receptive to messages about staying safe.

A potentially awkward subject for parents to broach with their children, the PANTS song delivers a serious message in a funny and memorable way, with catchy lyrics and handclaps complementing the upbeat, happy tune. Unsurprisingly, reaction has been positive.

By 15 August the video had been viewed more than 1.5 million times on Facebook, YouTube and AOL, with 2.4 million adults and children watching films at cinemas where the advert has been shown. There have been more than 76,500 unique page views of the PANTS advice page.

In a statement Peter Wanless, chief executive of the NSPCC, said: "This is a really difficult subject for parents to talk about with their children, so we wanted an age-appropriate approach that would help parents start that conversation without mentioning the words ‘sex’ or ‘abuse’.

"We’ve used animation in the past for similar campaigns because it allows us to be more creative in telling stories that help children to understand how to stay safe. Our original PANTS campaign has helped more than 400,000 parents talk to their children about sexual abuse since it was launched three years ago, and we’re confident that Pantosaurus will help us reach even more."

Further distribution has come through social media, with the hashtag #talkPANTS featured on Twitter and drawing praise from individuals as well as other child-focused organisations. The NSPCC's Underwear Rule page also includes a quiz for children to try. 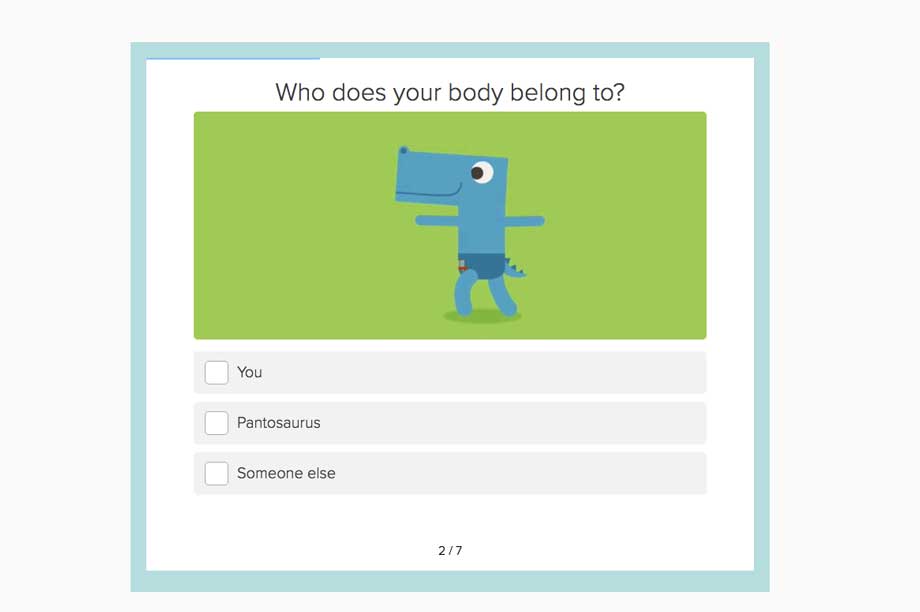 The cartoon is the latest in a series from NSPCC that uses animation to address sensitive issues and comes after a pair of films released last year – Lucy and the Boy and I Saw Your Willy – that highlighted digital dangers of talking to strangers online and sending naked images.