Why aren't there more women at the top?

The majority of fundraisers are women, but they form a minority in the top jobs. Jenna Pudelek talks to senior fundraisers, including Liz Tait of Battersea Dogs & Cats Home, about the reasons and the way forward

The recent furore over the line-up of speakers for The Summit, an ambitious conference on the future of fundraising, showed the strength of feeling in the voluntary sector about gender equality. The conference was due to take place on 22 April with nine male speakers and one female. This imbalance, and subsequent comments attributed to the organiser of the conference, the fundraising consultant Giles Pegram, about the lack of women in "thinking" roles, led to a controversy that rapidly led to the event's cancellation.

Institute of Fundraising membership figures show a high proportion of women in fundraising roles: 69 per cent of its 5,300 members. But among the top 50 charities, there are 27 male and 23 female directors of fundraising.

Liz Tait, director of fundraising at Battersea Cats and Dogs Home, says that women are clearly under-represented at the top, but this has started to change over the past decade and the situation will improve as the next generation of fundraisers take more senior roles.

She points out that although The Summit's intended speaker line-up was dominated by men, other conferences, such as the Institute of Fundraising's National Convention and I Wish I Thought of That, organised by the Showcase of Fundraising Inspiration and Innovation, are more balanced. "Female fundraisers are not always overlooked," Tait says. "From my experience, not enough fundraising practitioners, be they male or female, are putting themselves forward to speak at conferences."

She argues that the debate needs to move on from gender issues and focus instead on ability and merit. "There is a dearth of fundraising talent, so we all need to take responsibility for developing the next generation of fundraising leaders," she says.

Alan Gosschalk, director of fundraising at Scope, acknowledges a historic bias toward men at a senior level, but contends that this changing. "Women give more to charity than men, so it is really important for women to be in fundraising," he says. "It helps charities to understand the public better."

Peter Lewis, chief executive of the IoF, says that a lot of the top thinkers in fundraising are women, citing 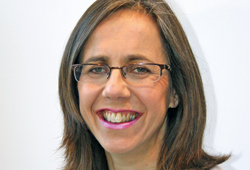 examples such as Kath Abrahams (right), director of engagement and income generation for Breakthrough Breast Cancer, and Tanya Steele, director of fundraising at Save the Children.

Steele acknowledges that charities should do more to encourage women to take senior roles.

She argues that role models are vital for this.

"They give a sense for people rising through the ranks that it can be done," she says. "There are some incredible role models out there - women at the top of their game, not just in fundraising, but running organisations as chief executives or chairs." 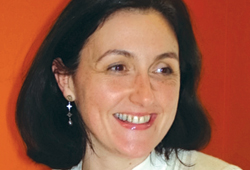 Steele (right) says that one of the big reasons many women do not progress to the top is that they face difficult decisions about child care or home life.

"When a woman starts a family it can be really hard to stay in work at a senior level," she says. "I think we can go further with mentoring and coaching to enable women to do both."

Steele contends that, instead of gender issues, the debate about The Summit should have focused on the wisdom of having consultants and academics as speakers rather than fundraising practitioners.

Compared with other sectors, charities appear to be leading the way on gender equality. A recent report by the Counting Women In coalition painted a depressing picture of the lack of women in powerful positions in other sectors. Women make up only 17 per cent of directors of FTSE 100 companies, 5 per cent of editors of national newspapers and 22 per cent of MPs.

In the voluntary sector, women are well represented, except at the most senior levels. Kathryn Brooke, the fundraiser whose blog first drew attention to the male-dominated line-up of speakers for The Summit, summed up the issue succinctly in a follow-up post: "It opened up a much-needed debate about equality and how, even in our sector, women still seem invisible at times."

- Find out how charities can win corporate backers

- Should charities continually ask for money? Read arguments for both sides