Why they created Save the Children International

Over the years, separate Save the Children charities have sprung up in 30 countries, ranging from Canada to Iceland and from Guatemala to India. In the past, each has run its own programmes in developing countries, with the result that, for example, there were once seven Save offices in Ethiopia, each with a different agenda.

There was no international organisation – just a board of members who came together three or four times a year. The result was a lack of consistency, no shared strategy, potential duplication of programming and financial inefficiencies.

But in 2009 the charity decided to change the structure so that all Save charities, while continuing to run their own fundraising and domestic programmes, yielded control of their international efforts to a single organisation, Save the Children International. 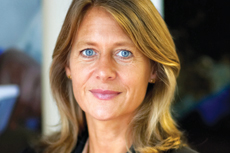 Now all the international programmes in the 120 countries where Save works have been brought together under a single management structure, and the number of regional offices has been reduced from 20 to seven. They are overseen by the Save the Children International head office in London, run by Jasmine Whitbread (left) since 2010. She was previously chief executive of Save the Children UK.

The global management consulting company Boston Consulting Group helped to develop the new organisational model on a pro bono basis. Craig Baker, a former BCG partner, says: "Different Save member groups were running alongside each other, but were not properly connected. The vision was to create an organisation that operated to a common standard around the world and which was properly coordinated, speaking with one voice." Baker says the process "involved a big shift in power and budget control, which was difficult to broker and to get people comfortable with".

Michelle Bowman, strategy director for Save the Children, was involved as a change manager during the restructure. She says it was important that all the member countries agreed to the transition and to the charity's mission, vision and values. "It took a lot of leadership and courage to make such a drastic change," she says. "The member countries were required to make compromises – for example, when it came to deciding where regional offices were located, there were disagreements and it was tricky, with each preferring their own. But people have been good at bearing in mind the greater impact that the restructured organisation would have, and were willing to give up the smaller things."

The restructure was formally completed in spring 2013, though Bowman says there is still work to be done in creating a shared culture. But she says the benefits are already evident, including more flexibility, the resources to scale work up or down, the ability to interact consistently with local governments and more sharing of expertise and best practice between member countries.

Baker says there is better coordination and prioritisation as a result. "The charity is able to deal with more emergencies and speak with a stronger voice," he says. "The process has made it more attractive to donors, so it is winning more and bigger programmes."

One example is a four-year grant of $36.8m (£23.4m) from AusAID to deliver health and education in Uruzgan, a remote region of Afghanistan where Save had not previously worked.

Baker says the transition gave Save the confidence, ability and tools to merge with Merlin without outside help in 2013, when it took over the international health charity. "The charitable sector needs to go through a lot of consolidation in the next 10 years and organisations like Save are ahead of the game," says Baker. "It proved this by being equipped to do the merger with Merlin. It is in a stronger position and will thrive where other organisations will struggle."