The year to come: policy plans for the charity sector

The nation goes to the polls in May and the political parties are already starting to set out their policies on campaigning, lobbying and volunteering. 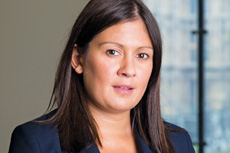 A Labour government would lift restrictions on charities' right to speak out by repealing the lobbying act, removing the new government restrictions on the judicial review process and getting rid of unnecessary gagging clauses in public contracts, according to Lisa Nandy (left), the shadow minister for civil society.

She says Labour would replace the lobbying act with a register of all lobbyists, rather than the 1 per cent of them she says are covered by the current statute. "Ridding us of this pernicious, confusing and unnecessary law is just one part of our commitment to revive the Compact at national level and restate our commitment to it across government," she says. Labour would also bring in a new Compact at a local level and ask councils to include partners such as clinical commissioning groups.

On volunteering, Nandy says Labour would introduce a kite mark for businesses that give their employees time off to volunteer. The party also wants school curriculums broadened to include volunteering opportunities.

Labour would also carry out a survey to establish the proportion of sector organisations that make tiny pension contributions "to ensure that choosing a career in the voluntary sector doesn't have to mean choosing a retirement in poverty too". Susannah Birkwood

The junior party of government does not have a spokesperson for civil society, but the backbench peer Baroness Tyler, the former chief executive of the charity Relate, spoke to Third Sector.

She believes that the Lib Dems would continue to support the transparency principles in the lobbying act, but says she hopes the party would "make a very strong statement about the importance of charities' advocacy work".

She says the Protection of Charities Bill "gives the Charity Commission the teeth many people have been asking for", sees scope for reforms of VAT for charities and Gift Aid and supports Labour's call for private schools to collaborate more with the state sector in order to retain charitable business rate reliefs. The idea originated in cross- party talks, she adds.

Tyler wants to see an increased role for charities in public service delivery, but says that the more public funding a charity receives, the more it "might feel it can't speak out on certain things".

What are the sector policies of the most attention-grabbing protest party? Suzanne Evans, its deputy chair, says its 2015 manifesto could include initiatives for "exempting charities from certain costs and red tape, and offering free access to certain services in some circumstances, so they can maximise the efficacy of their work".

She says the party is in favour of the Protection of Charities Bill and "supports the fullest involvement of the charitable sector in service provision at both local and national level".

Ukip would stop "the practice of government paying charities to lobby it", Evans says. She thinks that governments sometimes fund charities in order to come to conclusions the government might then use to sanction policy. "The European Union, in particular, is a skilled master at this," she says. Sam Burne James

Whichever government comes to power after the election, it will be constrained by national finances.

But it could help charities by measures such as prioritising preventive spending, promoting social value commissioning and simplifying Gift Aid.

New European regulations coming into force could help solve the age-old problem for charities of investing time, money and intellectual property in developing new ideas with commissioners without the certainty of delivering the service because of the requirement to tender. The new innovation partnership rules give local authorities the right to promise a contract so that voluntary organisations have the incentive to invest in new solutions.

Irrespective of who gets in, the third sector must stand with a united voice. We must argue assiduously for our beneficiaries, whose stories and lives might be forgotten in the political ankle-biting to come. That means not only delivering services, but also speaking up about injustice. And let's once again make the case for third sector delivery. We are braced for some £50bn worth of cuts after 2017: public service reform is the big question of our times. Charities and social enterprises cannot forever deliver more with less, but we always put the care into public services.

I look forward to the findings of the Independent Commission on the Future of Local Infrastructure, due in January. I also look forward to the launch of the local sustainability fund that Nick Hurd announced last summer. It promises much-needed support for charities working in the hardest-hit communities, and it cannot come too soon.